Home
Reflections on the 2017 HLPF and the Ministerial Declaration 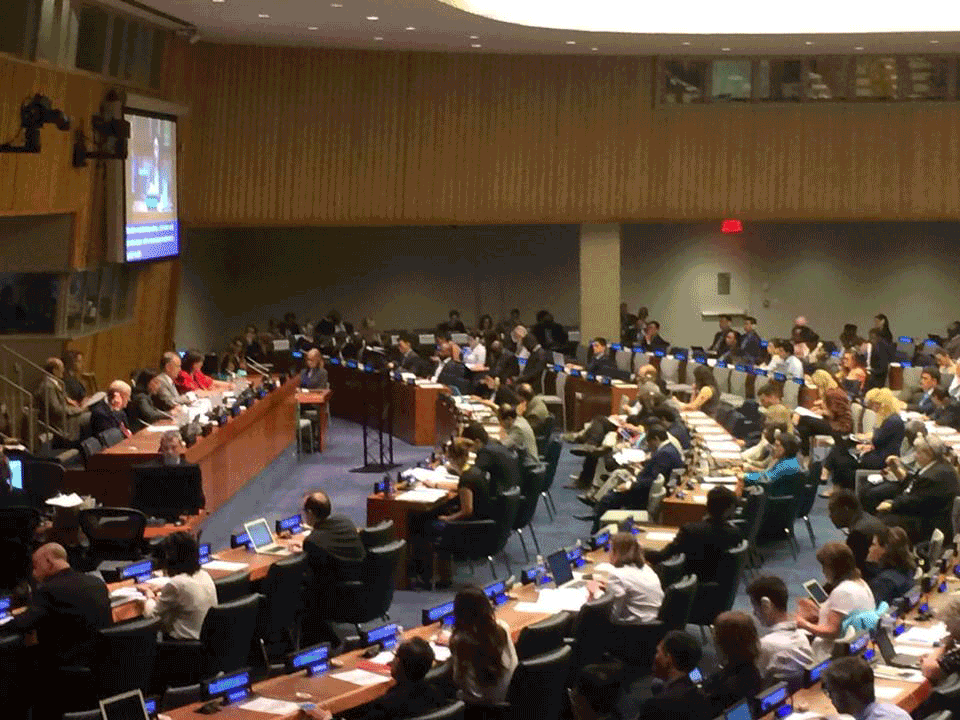 Following 8 days involving 43 Voluntary National reviews (VNR) and 147 side events with 77 ministry-level participations and 2458 registered stakeholder representatives, the statistical outlook of the 2017 High-Level Political Forum on Sustainable Development Goals is quite promising. It is only the second review and just two years after the kick-off for the implementation of a universal agenda towards leaving no-one behind. Yet, time is marching on and there is a long way to go on the level of implementation.

At the 2017 HLPF, Jordan became the third country from the Arab region to participate in the VNR process; following Egypt and Morocco in the 2016 review. The first words of Jordan’s national report made reference to the same issues: ‘the power of working together’ and taking into consideration ‘the urgent world issues’. Yet, as in many parts of the world, the Arab region lags behind in the implementation of the Agenda 2030; structural challenges on social, economic and political levels continue and inequalities continue to widen. The Arab States lack road maps for implementation and are still trying to identify ways and means to integrate the three pillars of Sustainable Development in their institutional structures, national plans, and budgets. As the Ministerial Declaration adopted at HLPF reaffirms, the pace of implementation must be accelerated.

With regard to implementation, the Declaration calls for a stronger commitment to partnership and cooperation, strengthening international cooperation that supports policies and programs to increase public and private, domestic and international investment in sustainable development. Indeed, most of the discourse regarding the achievement of sustainable development, following the adoption of Agenda 2030, relies on the private sector, giving an increasing role to the private sector in development (investments on infrastructure), promotion of public-private partnerships (under multi-stakeholder partnerships), and using public finance to attract private investments through blending mechanisms. However, as the Spotlight on Sustainable Development 2017 Report states; the trends showing the private sector as the most efficient way to provide the necessary means for implementing the SDGs constitutes a challenge. The approach should be revised, public policy space should be reclaimed, and transformative measures should be adopted to strengthen public finance. Moreover, promotion of PPPs should be well assessed, as they can exacerbate inequalities, decrease equitable access to essential services, and jeopardize the fulfillment of human rights.

The private sector in the Arab Region has a significant share of several countries’ GDP (i.e. 80% in Lebanon, 60% in Egypt), occupying industries like construction, trade, and tourism, as well as other services sectors like banking and finance. Similarly, PPPs are long promoted in the region, including by international financial institutions (i.e. IMF advices) and by partners like the European Union. Nevertheless, concerns remain same; without safeguard mechanisms and an effective regulatory framework, they fail to improve public services and can rather result in price hikes and in violations to the full and inclusive enjoyment of rights, especially in sectors that supply citizens with basic needs (e.g. water, education, etc.).

Unlike the private sector, the Ministerial Declaration omits mentioning civil society, referring it only once, which is very much in line with the current situation, including in the Arab region, namely, the shrinking of civic space. Nevertheless, civil society was present at the HLPF and organized side events to raise their concerns.

ANND’s delegation to the HLPF was formed of civil society representatives from Lebanon, Jordan, Egypt, Palestine, and Morocco. Delegation members noted that civil society was sidelined, including during the HLPF, attending key thematic reviews but not given any floor to raise direct concerns. Peer-reviews ended up congratulating minor steps taken on the way to SDGs implementation.

An inclusive approach to civil society at HLPF is key and the outcome document should have openly reaffirmed this. Given that localization of the agenda and adoption of comprehensive national development strategies are lacking in many countries in region, severe restrictions have been imposed on civil society on various levels, be it the freedom of association, assembly or expression.

The delegations further comments on the Ministerial Declaration include the following:

Signatories and members of ANND Delegation