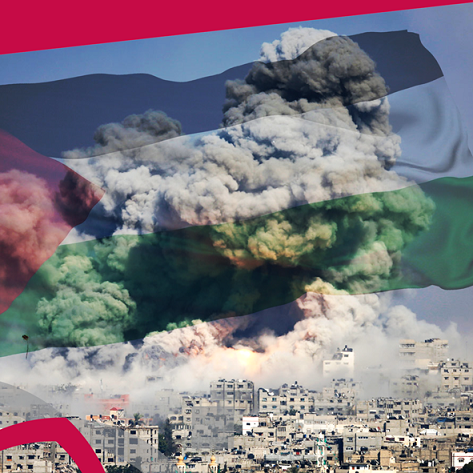 Palestinian Non Governmental Organizations Network (PNGO)condemns the Israeli occupying Forces continuous barbaric attack on Palestinian civilians especially children, women, civilian homes, Cultural institutions and media outlets. PNGO warn that the escalating attacks against the Gaza Strip that lead to the killing of tens of Palestinians including women and children in the past 24 hours, will only lead to more Palestinian casualties and an even worse humanitarian man made crisis. Saba Abu Arar, 14-month-old infant was killed along a 5 months pregnant mother Falastine with her unborn child Abdullah. Moreover, the grandmother of Baby Saba, Ma’azouzah Mohammed Abu Arar (72) and Hussam Adnan Abu Arar (2 years old) were injured with shrapnel throughout the body. Saba Abu Arar, 14 month-old infant killed by Israeli occupying forces In addition the killing of Palestinian civilians caused by Israeli airstrikes against, many homes are either damaged or destroyed and this has a negative including widespread panic and fear among Palestinians in Gaza, especially women and children. As part of the collective punishment, Palestinians civilians continue to suffer by the Israeli occupying forces full closure on the Gaza Strip including the closure of the the kerem Abu Salem Crossing, east of Rafah, the only commercial crossing in the Gaza Strip, and Beit Hanoun “Erez” Crossing for individuals in the northern Gaza Strip. It also announced full closure of the sea, and prevent fisherman from sailing and fishing, depriving thousands of fishermen of their livelihoods. Palestinians pay the price dearly, turning more than two million Palestinians victims to Israeli aggression, fear and anxiety: • Condemn the Israeli ongoing airstrikes against Palestinian civilians, civilian premises and use of weapons on the basis of collective reprisal which constitute a grave violation of the four Geneva Conventions of 1949, which also amounts to war crimes. • PNGO calls upon the international community especially the EU to hold the Israeli occupying state accountable and to protect Palestinian civilians from Israeli continuous attacks. • PNGO calls upon the International community & media to use headlines highlighting Israeli violations against Palestinians and not be intimidated by Israeli pressure