Home
Debunking the Myth of a Changing IMF: Unpacking Conditionality in the Arab Region Post-Uprisings 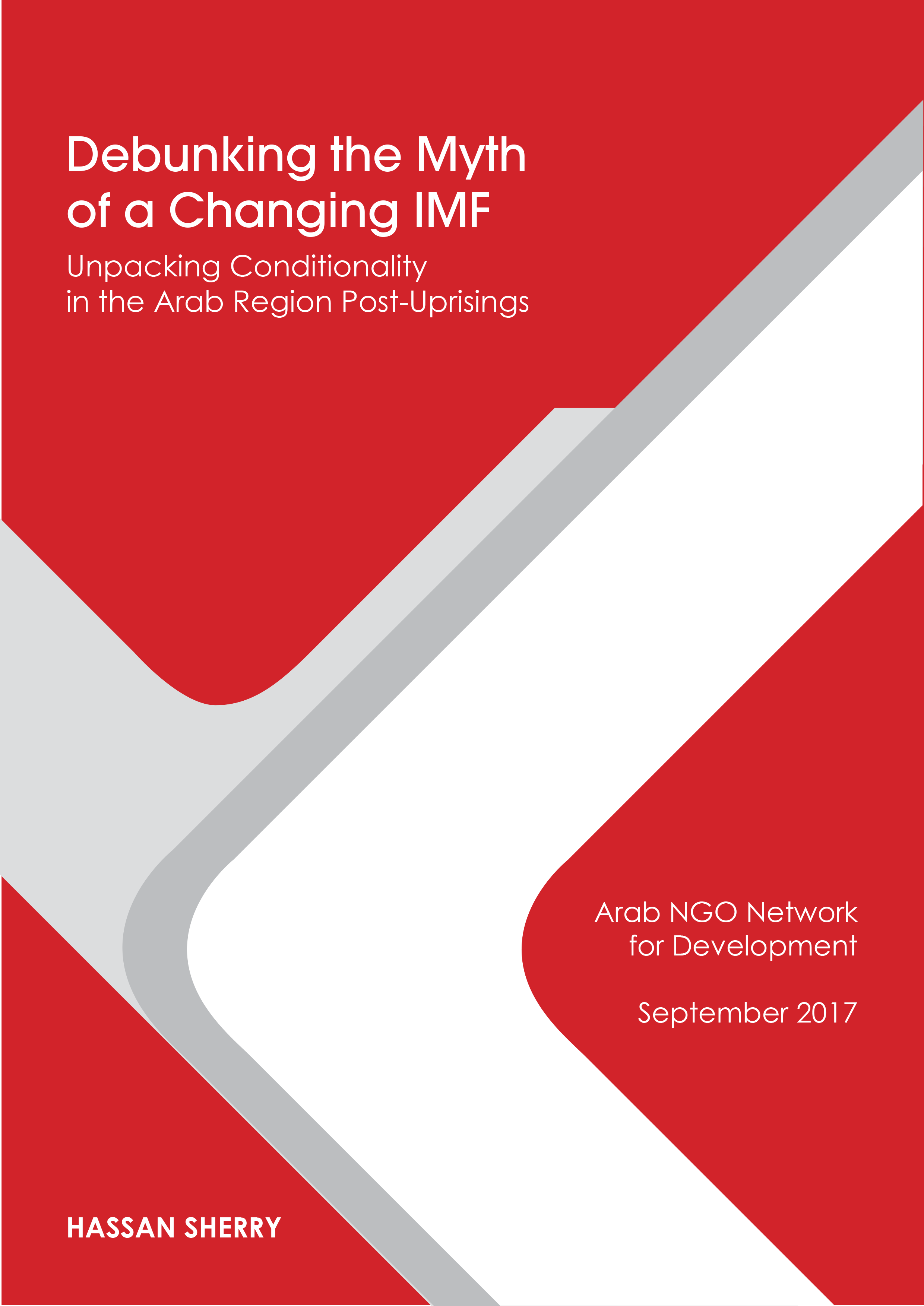 Following widespread doubts about the future of the International Monetary Fund (IMF) during the first decade of the new millennium, the onset in 2007-2008 of the deepest global financial crisis since the 1930s has provided for the re-emergence of the Bretton Woods institution as a central actor in global economic governance (Gabor 2010). In the Arab region, this re-emergence was particularly evident in the aftermath of the uprisings that erupted early in 2011. In an IMF staff paper presented at the G8 Summit in Deauville, France, in May 2011, the Fund highlighted its readiness, along with other regional and multilateral development banks, to assist “MENA countries in developing their economic strategy and translating it into a costed multi-year sector- by-sector development agenda, embedded in a medium-term macroeconomic framework” (IMF 2011a, p.1). The IMF further emphasized its full commitment to “helping its member countries from the MENA region to secure their goals of sustainable and inclusive growth, economic stability, job creation and improved living standards” (Ibid, p. 16). These statements cannot be decoupled from the Fund’s post- financial crisis re-emergence, which has been accompanied by an unfamiliar discourse to its past. In the early years following the global financial crisis, anti-cyclical policy responses were regarded by the IMF as the order of the day (Lutz 2015). In similar fashion, former managing director of the IMF, Dominique Strauss-Kahn, conceded in a speech addressed to the European Development Days on December 6, 2010, that robust counter-cyclical economic policy played a central role in helping low-income countries (LIC) to weather the global financial crisis in a way that exceeded the expectations of the IMF (Strauss-Kahn 2010). More recently, incumbent managing Director Christine Lagarde’s statement “we don’t do that anymore”1 , in reference to the Fund’s past structural adjustment programmes in developing and low-income countries, has become the new shibboleth of the organization (AFP 2014). Indeed, an evident change has become apparent in IMF rhetoric and documents, with many of its officials claiming a breakup with past practices while placing much more emphasis on issues of social and economic inclusion as key priorities of International Financial Institutions’ (IFI) policies (Hanieh 2015). At face value, these assertions suggest a departure from the reputation that normally precedes the IMF, which is best manifest in its traditional bias for macroeconomic stability and growth, irrespective of social costs, and propagated through the Fund’s prescriptions of fiscal austerity, trade and capital account liberalization, public sector layoffs, and other economic reforms geared to altering the structure of recipient economies (Kentikelenis et al. 2016). Notwithstanding, the Arab region is yet to overcome the challenges brought about by six consecutive years of economic and political turbulence, the roots of which lie in three decades of pro-market policies that paid little heed to the inherent inadequacies of Arab economies let alone the nature of political settlements in Arab states, and had done little to reverse the dominant trends of declining productivity growth, rising poverty and inequality, as well as increasing unemployment, particularly among the youth (Mohamadieh 2013). This paper seeks to address renewed concerns about the role of the IMF in the context of its engagement with Arab countries since the 2011 uprisings. The following key question stands out for this purpose: Has the IMF, through its programmes in the Arab region, lived up to its narrative of advancing social objectives and greater flexibility in policy design, ergo providing a wider margin of policy space to Arab countries to adopt counter-cyclical measures – expansionary fiscal, accommodative monetary or exchange rate policies – to address challenges to their long-term sustainable development 2 ? 1 During a news conference at World Bank Group-International Monetary Fund Spring Meetings in Washington, Saturday, April 2014 ,12, Madame Lagarde said her famous statement: “Structural adjustment? That was before my time, I have no idea what it is. We don’t do that anymore.” It was a response to a Ghanian journalist who asserted that many people had “a phobia for the IMF” because of the harsh conditions of its past structural adjustment programmes. 2 The challenges facing the economies of Arab countries are both structural and external. On one hand, the economies have failed to overturn the declining of productive capacities and to prevent de-industrialization. On the other hand, the region has been inflicted by a series of economic, social and security crises, the most prominent of which have been the global food and fuel crisis, the financial crisis, as well as the socio-economic and political repercussions of the uprisings. 9 This paper strives to identify the answer to the above question by reflecting upon the most recent engagement of the IMF in four Arab countries. These countries are Egypt, Jordan, Tunisia and Lebanon. The choice of countries is dictated by the availability of national reports 3 , presented during the recent IMF/World Bank Spring Meetings that took place in Washington DC, US, from 21-23 April, 2017. We do not pretend to be comprehensive in either breadth or depth of discussion, and we realize that our choice of only four Arab countries falls short of providing an adequate and exhaustive representation of the Arab region in terms of the status and impact of IMF programmes. With that caveat in mind, this paper shall, nonetheless, provide a general indication about IMF lending and conditionality in the region post-uprisings, and the extent to which IMF policy design and implementation in the region has drifted away from the institution’s recent rhetorical focus on sustainable development, and converged more intensely into its more traditional emphasis on macroeconomic stabilization, regardless of social costs. The paper proceeds as follows: section 2 will provide a broad historical overview of the evolving IMF role and conditionality in the Arab region. Section 3 will discuss the changing IMF narrative post- crisis and uprisings. It shall peruse the Fund’s annual staff country reports (also known as the Article IV Consultation reports), factsheets, press releases as well as responses to critics and interviews, among others. Section 4 will present the case studies of Egypt, Jordan, Tunisia and Lebanon. Section 5 will conclude and discuss the features of an alternative framework for macroeconomic management in the Arab region.