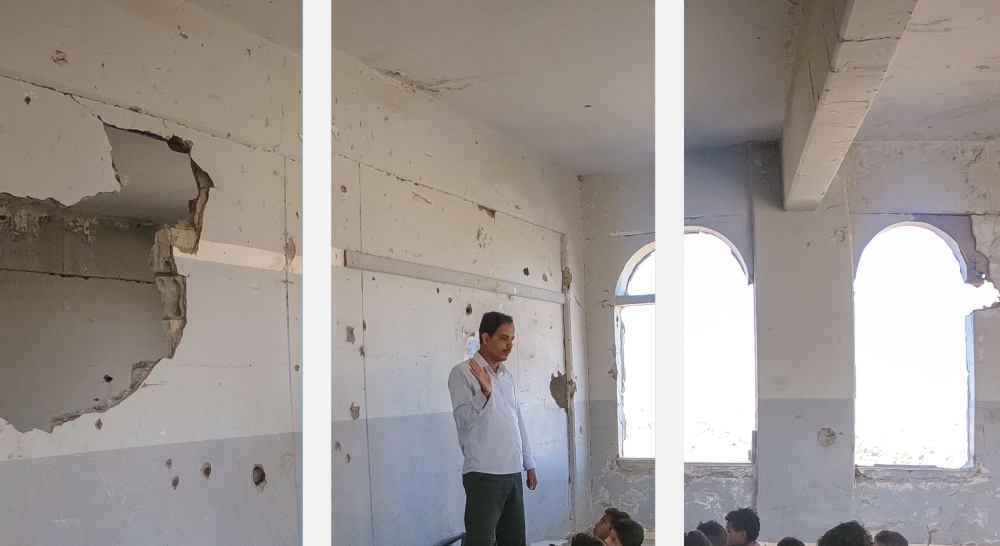 Human and Social Development and the Sustainable Development Goals in Iraq: Challenges and Opportunities

Human and Social Development and the Sustainable Development Goals in Iraq: Challenges and Opportunities - Click here to download the full report

Like several other countries in crisis, Iraq has been at a critical crossroads for over three decades (specifically since the second Gulf War in 1990), curbing its chances of maintaining humanitarian security and social and economic stability, providing public services, ensuring people's welfare, safeguarding justice and equity, and providing opportunities for integration and social development. This comes after the entire Iraqi society fell victim to serious breaches and violations, threatening the livelihoods of many, aggravating deprivation, and undermining the ability to fulfil people's needs for a better life and ensure access to comprehensive and coordinated human development.

Undoubtedly, the path towards comprehensive sustainable development in Iraq is still thorny, given many challenges it faces, and some of which could naturally impede Iraq's efforts to enhance the quality of life (a more just, sustainable, and developed people). However, inequality rates remain concerningly high despite several national and local initiatives. Recent surveys and studies revealed that inequality rates in Iraq have soared over the past two decades, despite improvements in income distribution. Similarly, inequality and disparity in income and wealth have increasingly become interconnected and interdependent, as such disparities and gaps have widened between the Kurdistan Region and the Centre, not to mention the tangible gaps between urban and rural development, among governorates, and between males and females. The most stable governorates offered the best living conditions, which enabled them to benefit from the situation and new investment opportunities more swiftly. Southern governorates and regions that were highly exposed to terrorism lagged, in light of the major setbacks and obstacles they faced. These gaps continued to steadily increase, particularly after the double crisis in 2014 (the terrorist occupation of several governorates and the collapse of oil prices).

The aftermath of wars, sieges, and occupation have worsened, along with their repercussions on human security. From sharp declines in human development indices to environmental disasters, societal variables, and epidemics, this bleak situation has not only taken a toll on development, but also society, in terms of structure, civilization, identity, and resources. This manifested in a series of major events, coupled with several local and national humanitarian crises, and a plethora of political, economic, health, and social issues that have significantly undermined social cohesion in the country and therefore human security on the individual and social levels, including all segments and components of society.

The whole spectrum of Iraqi society has suffered from stark deprivation which has accumulated over several years and major incidents. Nonetheless, the dual crisis which struck the country, like many others around the world, during the first half of 2020 (i.e. the Covid-19 pandemic and the economic crisis), has heavily weighed on all aspects of life in Iraq and has threatened the fundamental elements of sustainable development. The economic and social crisis resulting from the pandemic, along with the collapse of oil prices have disrupted the economic life in the country, causing a decrease in incomes and deterioration of public health (directly resulting in increased mortality rates and indirectly leading to a further increase in daily child mortality rates). Additionally, the country's infrastructure has deteriorated, developmental gaps have widened, and illiteracy and school dropout rates have increased, while services and infrastructure have also had their share of the fallout across all governorates. This was reflected both directly and indirectly on social conditions in general, including the increasing rates of domestic violence, divorce, crimes, and suicides which have not yet been fully documented. Thus, their indirect impacts on society's human security have not yet been calculated.

These issues have caused tensions and heightened unresolved social risks between people and technology, between people and their surrounding environment, and between those who have enough resources and those who do not. The tensions are effectively breeding a new generation of inequalities related to enhanced capacities now considered a necessity in 21st-century societies, as defined by the 2019 Human Development Report. However, responding to and mitigating crises and social risks as well as building resilience can determine how these tensions can be addressed and whether disparities in human development have decreased.

Data and field documentation on the situation reflect the severity of the development crisis, along with its daily unfolding repercussions. Not only have these challenges cast a shadow over the country's social landscape, but they have also aggravated the issues on the individual, household, and community levels. Violence, extremism, and terrorism have also been on the rise, including gender-based violence. This situation was only exacerbated by the challenges brought about by the pandemic and economic crisis (the dual crisis) and the ensuing deprivation, poverty, and unemployment affecting many poor segments of society and preventing workers in the informal sector from performing their jobs. These factors have all conspired against the country's overall development, particularly exacerbating social risks. This calls for a careful examination of these issues and their repercussions, and set of recommendations and proposals that would benefit both policy- and decision-makers.

Human and Social Development and the Sustainable Development Goals in Iraq: Challenges and Opportunities - Click here to download the full report