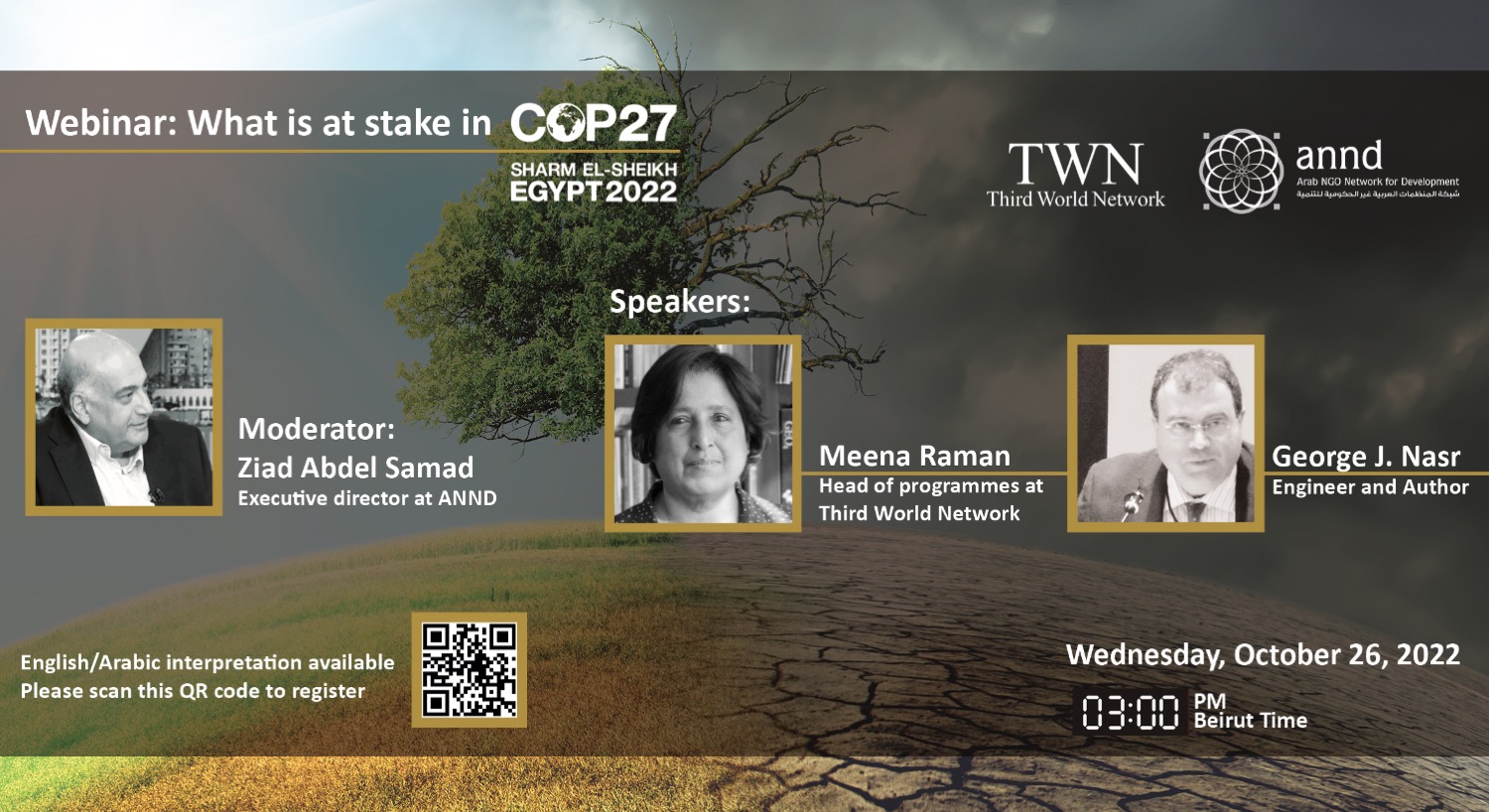 Webinar: What is at stake in COP27 in Sharm EL Sheikh

The Arab NGO Network for Development and the Third World Network organized a webinar: What is at stake in COP27 in Sharm EL Sheikh Wednesday, October 26, 2022.

Climate matters are alarming issues in the world, especially in developing countries, which are impacted by climate change, as some countries are already exposed to natural disasters that lead to massive losses in lives and properties.


Despite the reliance on the United Nations framework convention that is the reference for negotiations and which the developing countries refers to, which is the principle of "Common but Differentiated Responsibilities and Respective Capabilities (CBDR-RC)", but the industrialized countries evade their responsibilities and obligations under the pressure of multinational companies and to preserve their interests at the expense of other people and countries, knowing that it constitutes less than 20% of the population and is responsible for more than 65% of emissions.


Over the years, negotiations have reached agreements, including the Kyoto Protocol on global warming and the Paris Agreement, in which the industrialized countries pledged to contribute to financing international efforts and technology transfer, in addition to contribute to the international efforts to reduce emissions and adapt to the results. These two conventions, in addition to the United Nations Framework Convention, form the basis of the ecosystem and constitute the reference for negotiations that take place in climate conferences.