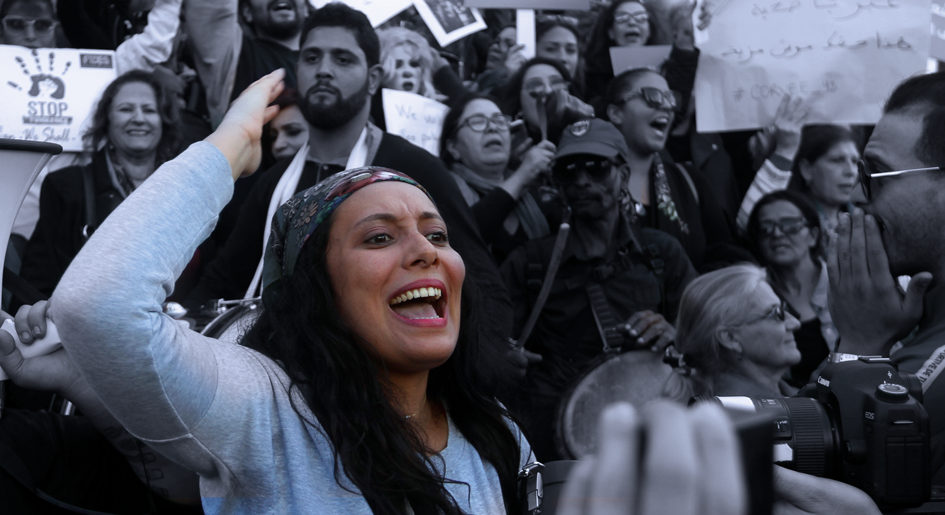 The situation in the Mediterranean and the Middle East today involves three disruptive political dynamics.

The first is disruptive in the sense of destruction, killing, displacement, and military interventions. It encompasses three main arenas: Syria, Libya, and Yemen. In the three countries whose revolutions in 2011 turned into grinding wars, military confrontations have continued for years, without a solution in sight. Regional states (Iran, Saudi Arabia, UAE, and Turkey in particular) and major powers (Russia and the US) have all intervened in the confrontations, even invading and occupying parts of national territories, as is Russia's case in Syria.

The above wars have led to mercenaries and militias moving from one country to another. A novel feature of future conflicts seems to be the use of armed forces of multiple nationalities to settle scores between countries that want to avoid direct confrontation.
The Syrian war is further defined by massive displacement and the demographic transformation of vast areas. Around 30 percent of the population are seeking refuge outside Syria, and 25 percent are internally displaced.

The three wars resulted in heavy human and economic losses, war crimes, and crimes against humanity. According to the UN, these crimes have reached a level unprecedented since World War II in the case of Syria.

The second disruptive dynamic is political, in the sense of seeking to obstruct or prevent democratic transition experiments in defense of existing regimes or the continuity and stability of a particular political status quo.

Egypt has witnessed this dynamic since 2013, through the authority of security forces and intelligence services and the military establishment's hold on power. Counter-revolutions and political maneuvers to abort change appeared in Iraq, Lebanon, Algeria, and many other countries. Freedoms were stifled under the pretext of stability, protecting sovereignty, and other pretenses preferred by oppressive regimes.

However, the situation is a threat to pluralism, the right to expression, assembly, oversight, and other citizenship rights. It prevents the peaceful transfer of power and active popular participation in influencing policies and options. All of the above comes as a response by some regimes to the impact of the region's revolutions on their tenth anniversary.

The third dynamic involves the disruption of human rights and politics, perpetuating the violation of international law and absolving its perpetrators. It is related to the ongoing normalization between Arab countries such as the UAE, Bahrain, and Morocco (and possibly Sudan, Saudi Arabia, and Oman) with Israel. However, the latter refuses to abide by UN resolutions, the Human Rights Charter, and the Geneva Conventions. It continues to occupy, build settlements, and steal lands, homes, and water while enforcing a policy of siege and racial discrimination in the Palestinian territories. In several aspects, normalization also aims to protect normalizing regimes from international criticism or possible sanctions for crimes or violations. In Morocco, the process also aims to obtain US recognition of its disputed sovereignty over the Western Sahara, which is subject to an UN-sponsored negotiating process.

On the other side of these disruptive dynamics, two primary positive developments continue to interact and intertwine, despite the risks some face in several countries.

Societies in Tunisia, Algeria, and Iraq, as well as in Libya and Sudan, seized many of their political rights. Spaces of expression expanded despite suppression through threats, pressure, arrest, violence, and even assassination, such as in Iraq, Libya, and Sudan. Official forces and militias defended the powers that be through political violence. However, they have yet to succeed in returning to the past era of repression and single-party media, propaganda, and discourse. Expression through blogs, electronic journals, and social media added to the intimate relationship between those "inside" most countries and the diaspora, relatives, acquaintances, friends, colleagues, and comrades "outside" (where they live voluntarily or by force of politics or the economy), is producing a new space that cannot be easily controlled or stifled. It is a substantial gain that must be highlighted and protected from infiltration attempts, extortion, and silencing tactics still preferred by some regimes and currents.

A recent development in the past years has been the effort to document facts, conduct rights-based citizenhood campaigns, and build an alternative to the authorities' hegemonic narrative. Regional coordination between researchers, writers, and activists grew and created transnational frameworks and means for solidarity, linkages, and, in many cases, the common defense of gained, acquired, or existing principles and rights through many years of joint action. It is an achievement that must be reinforced, defended, and developed continuously.

These gains and their defenders must be safeguarded. Citizens must be protected through secure legal and constitutional frameworks that allow the means and mechanisms for development. Thus, pressure blocks, observatories, and alliances between both shores of the Mediterranean become necessary to complement what several civil society bodies and institutions have started. Five main issues should be prioritized to avoid wasted effort.

1. Establish networks to protect against arrest and political violence, aiming to work with regional and international organizations, the European Parliament, human rights bodies, and interested media outlets (and through social media) in the countries of the Mediterranean Basin and Europe to quickly pressure for the release of all those threatened by arbitrary arrests or moral and physical attacks and to mobilize lawyers, legal aid, advocacy, and support. In the long term, they must work on issuing laws or implementing existing ones to criminalize and end repression as a precondition for economic or military cooperation between the countries concerned.

2. Adopt proposals and enabling mechanisms to allow for the independence of the judiciary (even gradually) in Mediterranean countries as a prerequisite for the state of rights and law and to ensure people are protected from the abuse of authorities or any other type of abuse. Also, judicial independence means the ability to confront corruption and violations through the law, encourage rights activists, and expand the scope of their struggle. Of course, the matter requires cooperation between rights bodies, bar associations, and judges' associations to form pressure blocks and formulate proposals for draft laws.

3. Work diligently to link economic development projects with social justice, income distribution, balanced growth, job creation, respect for the environment, and protection of health care systems. There is a common interest in this issue on both sides of the Mediterranean. It provides stability, curbs illegal migration, and allows for the confrontation of recurrent epidemics that lead to an increase in economic and social problems.

4. Organize joint legislative and monitoring campaigns promoting and defending women's rights in all countries, rejecting the use of cultural and social specificities to discriminate against women in law and practice. The broadest possible alliances in the region and the Mediterranean basin must be established to aim for a transformation that respects the aspirations of new generations and the demands of Arab revolutions and uprisings.

5. Establish civil society observatories and alliances between the Mediterranean countries to influence policy-making and adopt the unity of standards concerning respecting international law, the Geneva Conventions, and UN charters and decisions. It means putting an end to the immunity enjoyed by countries and regimes accused of committing severe violations and crimes over the decades without consequences, which emboldens their continued perpetration and encourages extremism, nihilism, victim-hood, discrimination, and double standards. It applies to the occupation, settlements, racial discrimination in Palestine, and Arab and non-Arab regimes in their suppression of opponents and citizens in general.

The priorities above are in the interest of all societies in the region. They can become the basis for stability in parallel to the respect for human rights and international law. They can be the foundation for curbing illegal immigration and terrorist acts, which, in any case, will remain a priority for many years to come.

If the current situation continues, it will not bode well for the Middle East and the Mediterranean basin in the coming days. It is yet another reason for more work, action, coordination, and pressure to alter existing processes and dynamics and influence the actions of states and stakeholders.