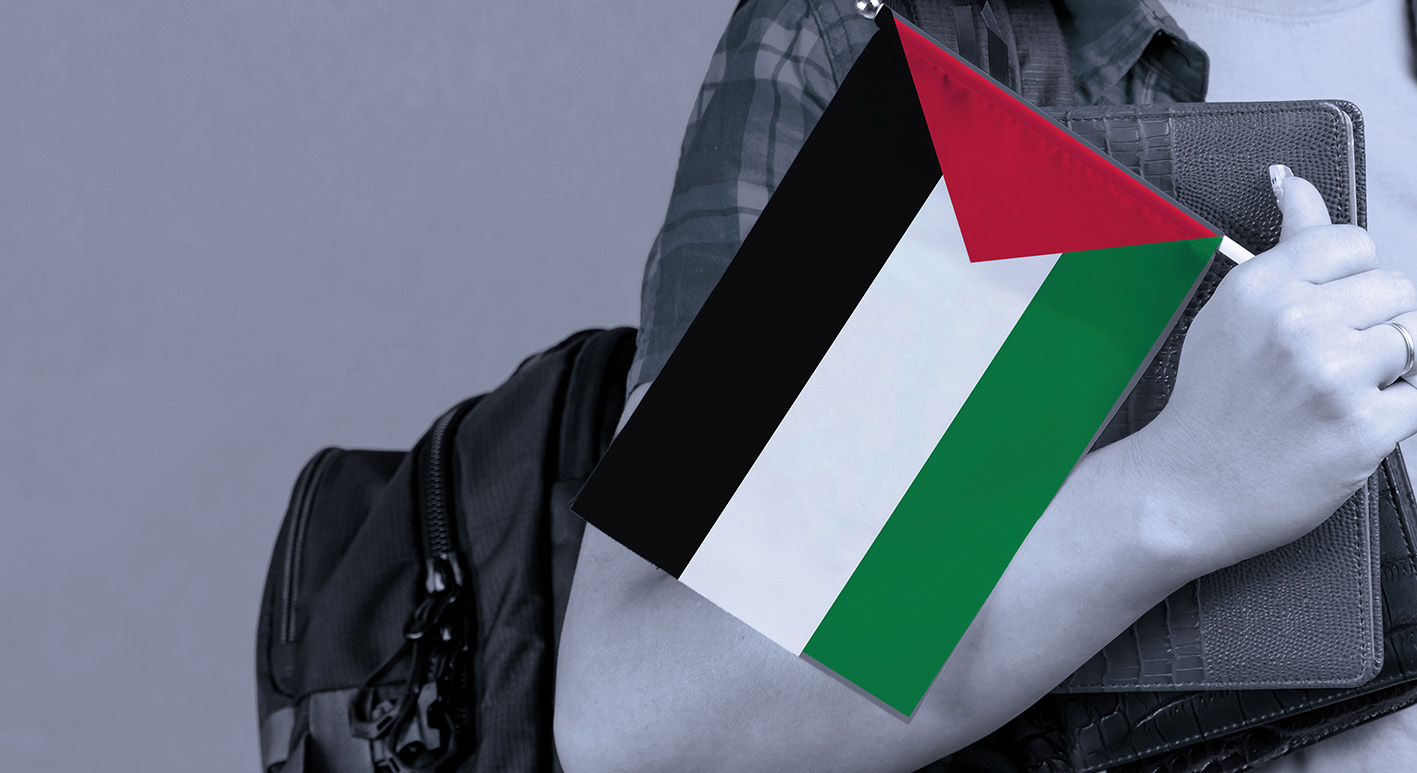 Confronting the Occupation in the Palestine Valley

Confronting the Occupation in the Palestine Valley - Suzanne Abu Farha

Data from the study Early Childhood Education in the Palestinian Valley1 shows that, according to the Oslo Agreement signed between the PLO and the Israeli occupation in 1993, 87% of the Palestine Valley is classified as Area C and therefore under full Israeli control in all aspects of life related to health Education, economy, and security.

When the Valley was occupied in 1967, around 320,000 Palestinians lived in the area. However, due to the racist practices of the occupation aimed at emptying the Valley of its population, the number of Palestinians decreased to about 56,000 people today, in a process of 'silent displacement' or 'gradual transfer'.

From an economic and geopolitical perspective, the Valley is an vital segment of the Palestinian state and for building the future of Palestinians. Thus, the Israeli occupation has been racing against time to impose a fait accompli situation. Through extensive expansion, it built 37 settlements and dozens of outposts in the area, which includes more than 11,000 settlers. Settlement expansion is still on the rise.

The situation in the Palestine valley is exacerbated through the attempt to influence two characteristics. The first is the demographics of Palestinian presence and the second is the identity that the occupation is trying to obliterate by changing the landmarks and the continuous and integrated settlement construction over the entire length of the Valley.

Israel has signed and ratified the International Covenant on Economic, Social and Cultural Rights, the Convention on the Elimination of All Forms of Racial Discrimination, and the Convention on the Rights of the Child. It is thus legally obligated to implement them and to ensure that none of their provisions are violated. However, Israel disregards all of the agreements it ratified. It prevents Palestinian children from attending schools and kindergartens. It has even demolished some of them, al-Maleh Kindergarten for example, which can be classified as an act of apartheid and a crime against humanity.

Among the goals it seeks to achieve in the development of Palestinian society, the Palestinian Consultative Staff for Developing NGOs (PCS-Palestine)2 implemented the project "Empowering Early Childhood Education in the Palestine Valley" over a period of a year and a half. This effort contributed to the promotion, development, and rehabilitation of kindergartens in 15 Bedouin communities and opened new ones in locations where they never existed.

Through its research team, PCS conducted a diagnostic field study that highlights the reality of early childhood education in these areas, which can be called conflict areas as a result of their being under the Israeli occupation since 1967.

It continues to describe the educational reality in 15 of the main population centers in the area, which is also targeted by occupation policies aimed at deporting citizens and reducing Palestinian presence.

Aiming to create links between what the Valley is exposed to in terms of depriving its children of education, the study sought to summarize a set of landmarks regarding education in areas of conflict and laws that preserve these rights, which could constitute a legal ground to confront Israeli occupation practices. In this regard, the study stressed the importance of promoting human rights and legal work on the Palestinian, regional, and international levels.

Statistics show that more than 700 children in Bedouin communities in the northern Palestine Valley suffer from the risk of losing their right to education, amid an iron grip by the Israeli occupation authorities. Education in these areas is out of reach. According to data from the Education Directorate in Tubas and the Valley, only 57% of children are enrolled in kindergarten.

The study presents a set of options that can be worked on to meet the challenges imposed on enabling early childhood education in the Jordan Valley, including:

1. Adopting policies that respond to rapid changes; by setting dynamic policies that can respond quickly to developments and changes. This also includes budgets responding to emergency situations and strengthening the educational sector with a legal, humane, human rights, and international cover that can form an umbrella for more pressure on the occupation.

2. Enhancing awareness and building knowledge to confront the policies of the occupation; by reducing the gap between authorities and ordinary citizens, to allow them to become part of developing the strategy, choosing tools, and participating in the confrontation, not just as a recipient.

3. Providing population stabilization factors: Targeting the education sector is an Israeli policy to empty the Valley of Palestinian presence, thus it becomes important to establish KGs - in addition to primary schools - with minimal resources and students.

4. Adapting curricula to conflict areas and rural and nomadic environments; so that they are suitable to the environment and upbringing of children in the Palestine Valley population centers.

The study concludes by reviewing the matrix of recommendations, proposals, and actors that can be partners in implementation and achieving goals. Which can be complementary in working on it between more than one side. The matrix includes a set of options to prioritize by the actors in the next stage, aiming at developing early childhood education through complementary work by various actors.