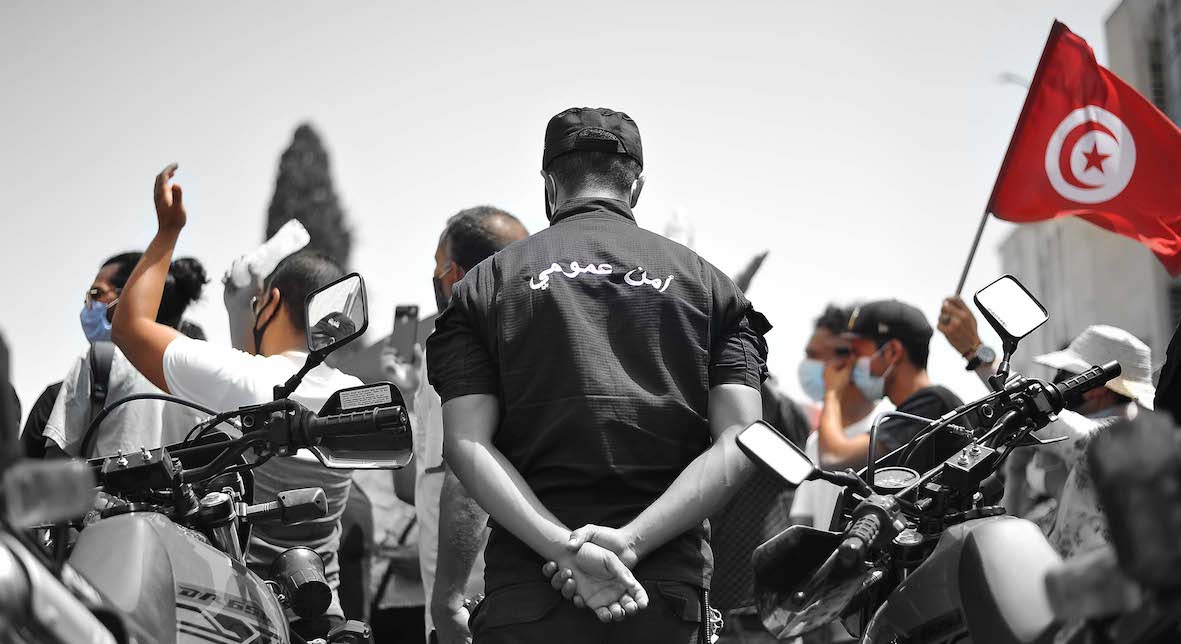 A little over a decade since protests in the town of Sidi Bouzid sparked the Arab Spring movement, events of the past month have undermined Tunisia’s claim of being the only democracy to emerge from that groundswell of popular unrest.

On March 30th, president Kaïs Saïed dissolved Tunisia’s parliament after more than half of the assembly voted to repeal measures he introduced in July 2021, when he suspended parliament and appointed a new prime minister.

Mr Saïed's latest edict comes a month after he dismantled the Conseil supérieur de la magistrature, the Supreme Judicial Council, seen as one of the last independent public institutions in Tunisia. Shortly after, he barred foreign funding for civil society organisations.

Critics decry Mr Saïed (a former law professor) for wanting to redraw Tunisia’s state apparatus so that he can bypass political parties. Indeed, his landslide victory in 2019 can be largely attributed to the population’s frustration with the internecine coalitions that defined the post-Arab Spring years, leading to ten governments in less than a decade.

However, many view Mr Saïed’s latest move as setting an excessively dangerous precedent.  Thousands of protestors took to the streets of Tunis last Sunday calling for an end to what they describe as a power grab.

Irrespective of whether the country returns to a democratic system or slides further towards authoritarian rule, economic shockwaves have run ahead of the political crisis.

The yield to maturity on Tunisia’s 2027 Eurobond rose from 11.1% on February 1st to 15.6% earlier in April 2022, reflecting heightened market risks. Typically, periods of political uncertainty undermine investor confidence in a government’s ability to service its debt, prompting yields to rise.

Swings in Tunisia’s bond market can also be explained by Russia’s recent invasion of Ukraine, which has piled additional pressure on Tunisia’s struggling economy. Tunisia’s dependence on imported fuel and wheat (both of which are heavily subsidised) have made it one of the most vulnerable economies in Africa.

Capital Economics, a London-based consultancy, recently calculated that ongoing domestic and geopolitical tensions will force Tunisia’s current account deficit to widen to 9.3% of GDP this year, up from 6.8% in 2021.

This will drive a worryingly large gap between Tunisia’s gross external financing needs (the sum of the current account deficit and short-term external debt repayments) and the central bank’s foreign exchange reserves.

Looking ahead, the policy options available to address Tunisia’s repayment hurdles are narrowing. Officials in Tunis say they plan to reduce subsidies on food and fuel incrementally starting next month, but question marks remain over Mr Saïed's intended policy timetable.

It is understood that he wants to hold a constitutional referendum in July and new parliamentary elections in December. While Mr Saïed has hinted at fiscal consolidation, including public sector wage cuts and lowering subsidies, political considerations may delay austerity measures.

The president is also aware that fiscal retrenchment would likely prompt the UGTT – the country’s largest and most politically influential trade union – to call a general strike, which risks further undermining output.

A new lending package with the IMF, therefore, is appearing close on the horizon. Even before the war in Ukraine, it seemed unlikely that Tunisia would be able to meet its external repayments in 2022/23 without multi-lateral assistance.

While the president is understandably reluctant to enter an IMF adjustment program, especially against a challenging economic backdrop, funds from the Washington-based lender may be one of his last options to stave off a full-blown debt crisis. What’s more, a Fund program would allow Mr Saïed to deflect responsibility for austerity policies.

For now, Mr Saïed’s political manoeuvres have poured cold water over a deal with the Fund. Moreover, the US administration cut State Department funding by US$90m (roughly half) for 2023, explicitly linking the reduction to "democratic backsliding".

In recent weeks, Mr Saïed is thought to have spied an opportunity with Saudi Arabia and the United Arab Emirates to try and plug Tunisia’s financing gaps. Barring an eleventh-hour deal, however, the country’s meagre public finances look defenceless against a sovereign debt restructuring.

In a research note published March 21st, U.S. investment bank Morgan Stanley stated that while it expects Tunisia to strike an IMF deal early next year, it’s “fundamentals will likely deteriorate in the interim, with a possible default in the offing”.

Mr Saïed is walking a tightrope between fiscal consolidation and domestic dissent. The longer it takes to restore political stability, the closer Tunisia will come to falling into an economic abyss.