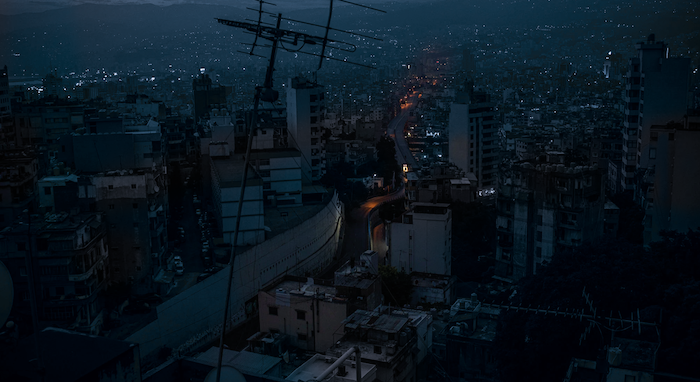 Liberalizing the prices of fuel and medicines, i.e. selling them at the dollar market rate, was expected, inevitable even, given the financial sector's bankruptcy and the declining influx of dollars towards Lebanon, especially in the form of deposits. This resulted in the disruption of the political economic system that became unable to operate or maintain stable standards of living.

Price liberalization is occurring in the absence of any adjunct plan to protect society by safeguarding access to essential rights and services for all, such as  healthcare, housing, education, and transportation. Neither is there a plan to build a viable economy centered on value production and job creation. It is another leap down the rabbit hole of the financial meltdown, with no foreseeable light at the end of the tunnel.

The liberalization of basic commodity prices does not only imply a price hike that will further drive up the cost of living for residents, 74% of whom are already living in poverty according to ESCWA, with 33% of families deprived of healthcare, and more than half unable to gain access to medicines. It will also lead to the decimation of remaining small and medium businesses, as well as any economic activity relying on energy and transportation. According to a recent World Bank survey, 61% of Lebanese firms have reduced the number of permanent workers by 43% since the fall of 2019, and that the contraction of economic activity will continue throughout 2021 by 9.5%, following a contraction of 20.3% in 2020 and 6.7% in 2019. These numbers are likely to rise even further after the liberalization of prices, which will only exacerbate the economic downturn and raise unemployment rates, and consequently, poverty and migration.

These high costs are being paid solely for the sake of preserving the interests of bank owners and their largest depositors. Their vast influence over the political economic system and class organization allowed them to simply refrain from declaring the bankruptcy of their effectively bankrupt institutions and categorically refused to be held responsible for the losses they themselves caused. This is what predetermines the bleak future ahead for generations to come, since the World Bank estimates that it will take Lebanon between 12 and 19 years to recover, meaning to return to the state it was in in 2017, which is a dire situation in any case. This long period of recovery will result in severe distortions to  society, whether through massive migration for those who have the means to, or a steep fall into poverty for those who remain.

Price liberalization is portrayed as a lifting of subsidies aiming to protect bank deposits. It is worth noting that this argument is being put forward after having squandered about 90% of deposits. Whether through smuggling the deposits of influential individuals to their offshore accounts, or by organizing a transfer of wealth from depositors to bank owners and their largest depositors through mechanisms of debt and interests, or through importations that increased the profits of merchants. The unspoken truth however, is that Parliament is trying to evade its responsibility from setting a new official exchange rate, in order to maintain the current official exchange rate.

As the impact of dollar scarcity worsened, Banque du Liban took it upon itself, to secure dollars for importers of fuel, wheat, and medicine at the official rate since the summer of 2019. BDL did not subsidize the prices of these commodities, nor did it pump dollars into the market nor did it chose not to interfere at all, by forcing importers to secure their dollars from moneychangers. These alternative policies could have avoided this level of deterioration. However, the price of the dollar rose as a result of several factors, including the restriction of liquidity, the delays of Central Bank in opening credit lines, and the banks resorting to buying dollars from the market to secure their external liquidity. In violation of the law, the Central Bank decided to refrain from providing dollars at the official price, replacing it with a range of different rates: 3900 LBP for fuel, 13,000 LBP for medicine, 12,000 LBP for depositors subject to Circular 158, 3900 LBP for depositors subject to Circular 151, and 12,000 LBP on the Sayrafa platform.

Thus, the Central Bank, without any objection from the government or parliament, therefore with the consent of all leaders, decided to stick to the official exchange rate, but not for the purpose of protecting society and the economy. This raises questions about the purpose of maintaining this official rate and the legitimacy of not selling dollars at that rate.

Where the strongest seize scarcely available resources leaving the weak deprived of them. The state is a tool that cement the rules (regulations and laws) imposed by the existing balance of power, It ensures that the system is not violated by protecting the interests inherent within it. Price liberalization is one such attempt at seizing the few remaining financial resources, including dollars.

The purpose of not selling dollars at the official rate is to reduce the deficit in the balance of payments, the net amount of money coming in and out of the country. Instead of providing dollars at the official rate enabling on one hand the residents to obtain their essential needs and on the other the economy to work at a lower cost, they were provided at higher rates in order to reduce purchasing power, thus reducing consumption and therefore imports, leaving the remaining dollars to be used for other purposes.

1) Reducing bank losses without declaring bankruptcy. This takes place by forcing people to liquidate the dollars they deposited in banks at the 3900 LBP rate in order for them to secure their cost of living, and thus reducing liabilities on banks in dollars without their need to secure them. Another option involves obtaining 800 dollars, half of which is dispensed in LBP at the price of 12,000 LBP and the other in dollars, for the same purpose.

2) Avoiding the re-estimation of bank capitals according to a new exchange rate, which would show that they are non-existent, therefore requiring banks to declare bankruptcy.

During a time period which may last up to 10 years according to some estimates, the banks would have written off a large part of their losses by charging the cost to the majority of society instead of paying the price of the collapse from their own capital as the law stipulates.

The elite of the Lebanese political economic system want the rest of society to accept a lower standard of living, i.e. slipping into poverty and losing their most basic rights and public services, or for them to secure their cost of living through a foreign income, via the migration of young people who would eventually send back remittances to their families.

In both cases, the goal is one: A non-productive system based on consumption cannot handle a large number of citizens demanding their rights, unless they settle for poverty and abandon their most basic rights. Such a system does not want citizens, but mere customers who work abroad to maintain their families' consumption inside and come back every once in a while to visit, bringing with them the dollars needed by the system to perpetuate itself.

If we continue to adhere to the consumerist rentier model for our economy and refuse to change it, we can only continue balancing the deficit in foreign currencies in the aforementioned way. It is especially true in the absence of a political struggle to modify the balance of power within society to determine an alternative form of the state and the economy we want.