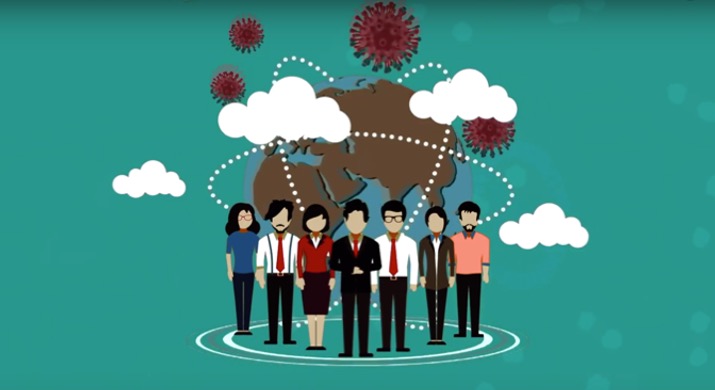 Dismantling the Box: Stepping outside the International Narrative

The Covid-19 devastated global economy is at an interesting crossroad: the world can choose to engage in higher tax cooperation or risk devastating economies never bouncing back. Within this pandemic, and with governments in desperate need of revenues to invest in crisis response measures, it was completely impossible with the absence of modern tax regulation. Not to mention that the current 100-year-old international tax legal framework is not only outdated, since it does not take into consideration the new digitized era, but also have made several governments lose its sovereignty.


On Thursday, July 1st, 2021, 130 countries including members of the OECD and all members of the G20 agreed to the framework to support a global minimum tax rate of at least 15%. This comes after a series of negotiations in an effort to introduce a new global tax minimum as a response measure to the global economic crisis. The world has been acting rather quickly to conclude with this agreement, proposing a change to the dominant international narrative.


The target of this agreement, which is based on the alleged “Pillar Two” proposal from the OECD, is to restrict tax competition and “race to the bottom” on corporate tax rates by setting a floor on effective tax rates applied to cross-border investment by large multinational corporations. This sparks up the intriguing long standing question: will the aftermath of Covid-19 spark up a reevaluation of the global tax system? Is the international community coming to a consensus that change has to be adopted? At the moment, there are two agendas that are being discussed on the table: The first is setting a new minimum global tax rate, which is surprisingly being discussed within the hands of the seven wealthiest countries in the world, the G7. And, the second is shedding the light on how VAT may contain implicit gender biases, which was admitted by economists from the IMF and the World Bank for the first time ever.


To begin with, it is important to note that the average corporate tax rate fell from nearly 50% to around 24% globally, between the years 1980 and 2020. And even so, many of the world’s largest corporations, specifically the technology companies, pay even less than that. In parallel to this decline, payroll taxes are increasing, which creates a huge discrepancy between taxpayers and the world’s largest companies. Thus, designing a more progressive taxation system is crucial for recovery, to shift the tax burden from the bottom to the top. However, how well the G7 will be able to achieve this is still controversial.


The so called “historic agreement” of a minimum global tax rate was made official a month ago, on Saturday June 5th, when the leading developed nations of the G7 agreed to back a minimum global corporate tax rate of at least 15%. Despite the fact that the deal was not finalized, this is considered a crucial step forward towards businesses and reinforcing the confidence of the public in the global tax system. The agreement targets high-tech companies like Google, Amazon and Facebook, which have a history of declaring relatively small profits in each country in which they operate. These companies are well known to open up local branches that have relatively low tax rates and declare profits there. This translates to only paying local tax rate, which is unfortunately legal and frequently done.


This so called “game-changing” deal aims to prevent such methods/activities happening in two ways: the first is through making companies pay more taxes in the countries where they offer products and services and are selling them, instead of wherever they choose to declare their profits. The second is through the G7 setting a global minimum tax rate to avert countries destabilizing each other with low tax rates.


Many representatives of these high-tech companies welcomed this decision, and encouraged it arguing that now companies are incapable of escaping their tax duties by registering their profits in countries that offer the lowest taxes. Also, according to economic analysts at the OECD, setting a minimum tax at 15% rate would raise around $70 billion in new tax revenues.


However, despite all what the deal promises of tax justice and solidarity, it is not as perfect as it is portrayed. First of all, 15% is too small relatively to many rich nations, and it allows many governments to simply step over it. Ironically enough, even the highest rate proposed, which was 21% by President Biden’s administration, was far from being fair or high enough. In fact, the Independent Commission for the Reform of International Corporate Taxation (ICRICT), and other leading economists and civil society organizations are demanding to set a global minimum corporate tax rate of at least 25% to generate much needed resources to halt the socio-economic crisis and set many COVID-ruined governments on the right path of recovery. The pandemic has fortified the need for stronger international cooperation in sectors like finance, health and transportation, in specific, and taxation as well. And during this pandemic, unprecedented rates of inequality and unemployment has been set. Addressing this would be almost impossible if corporations did not set a higher tax rate, and in the era of globalization, this can be only attained through international cooperation. Only then tax avoidance by large firms can be achieved.


Needless to say, 15% is so low, and “far from being fair”, as Oxfam indicated. It would be simply foolish to assume a “new” global minimum corporate tax rate that is extremely similar to soft rates charged by tax havens like Switzerland and Singapore is sufficient to end the damaging race to the bottom. In addition to Oxfam, the deal received a great deal of criticism from other INGOs like Transparency, the European Network on Debt and Development (Eurodad) and Public Services International (PSI) arguing that it is “just not good enough”.


Furthermore, the negotiations about a new global tax rules should not have been in the hands of the G7 in the first place. As Tove Maria Ryding, Tax Coordinator at Eurodad, already explained, it should have taken place at the United Nations to ensure democratic participation of all the countries, rather than a small group of well developed nations in which 15% is a negligible number to them.  This stand was reemphasized by the Global Alliance for Tax Justice, GATJs, and demanded bolder solutions. The G7 took it upon themselves to lower the 21% suggested by President Biden, and agree among themselves to make room for yet another manipulated endorsement and strike it as a “game changing” implicitly using informal platforms created by their OECD, as explained by Dereje Alemayehu, Executive Coordinator at GATJ. The only thing that the G7 managed to do in this deal is set a new low ceiling for multinational corporations and pave the way for new methods of manipulation of the international tax system.


Despite all of this, some tax havens rooted for a lower tax rate than 15%, ferociously defending their own home tax havens, like Ireland for example, which already sets a corporate tax rate of 12.5%.  Another point of discussion is the concern for foreign direct investment. Higher tax revenues would come at the expense of lower global investment and slower economic growth. However, the aftermath of Covid-19 has prioritized tax revenues ahead of investment and growth. Nevertheless, comprehending how raising a global minimum tax might negatively affect cross-border investment, and figuring out how to avoid that outcome will be pivotal for future economic growth.


Switching to the second point of the agenda on the table is how the international community is witnessing a shift in international norms and now welcoming of key economic values that they have been historically well known to neglect . A reflection of this is a published blog on how tax reform can promote growth and gender equality post COVID-era that was recently co-written by the head of the Macroeconomics Global Practice at the World Bank and the head of the Fiscal Affairs Department at the IMF in addition to several gender departments and experts from the UNDESA and OECD. Not to be too optimistic, the blog definitely has its defects and restrictions. For example, it does play it safe when discussing VAT, by reiterating that its regressive impacts can be compensated through subsidies and income taxes. It also restricts the debate on progressivity to income tax, and fails to encourage a more systematic approach to measure the gender impacts of tax policies. However, it is the first time the Fund has ever tackled anything concerning how VAT may include implicit gender biasness, whilst explicitly connecting it to progressive taxation with gender issues. The blog not only highlights gender equality issues in the tax system reform but also focusses on the significances of engaging with women to make the administration of taxes responsive to women’s needs. This is indeed a first for the IMF, and it was published after the historic deal. An engagement like this can be considered as a breakthrough. After years of advocating, some of these complex ideas on tax and gender are gradually making their way into the core economic side of these institutions.


Therefore, with all the criticism and the defects of those deals, one cannot but acknowledge the effort of the international community in becoming much more aware of the change that is necessary. Nevertheless, to accomplish real change, this is not enough. It requires bolder decisions and stepping outside the box.  But, it can it be considered a step forward.


Could we be entering a new era of a global tax reform, and could the IMF be finally reevaluating their core economic values?