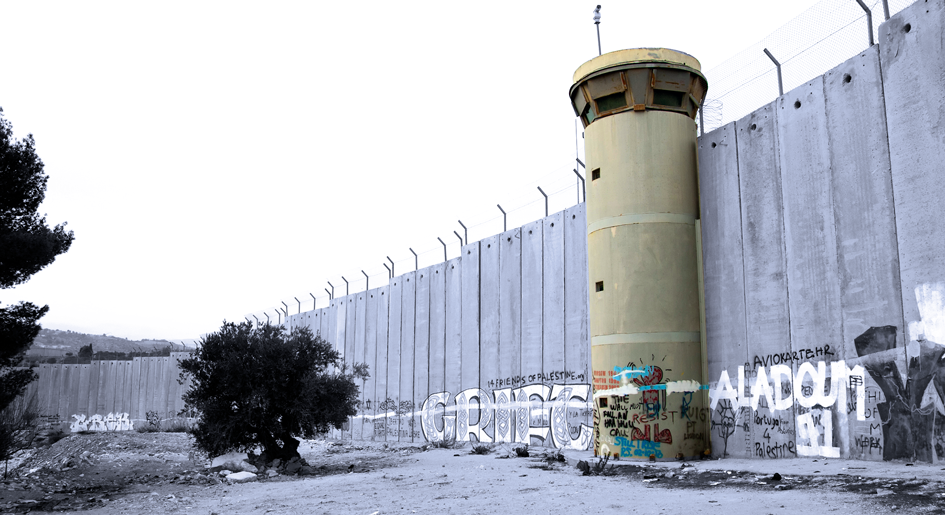 President Trump’s mandate has had heavy consequences for the Palestinians, because of the different decisions he has taken during his four-year-term in the White House. The main point is the lack of respect for international law. He trampled different UN resolutions, first by transferring the American embassy from Tel Aviv to Jerusalem, then by recognizing the Israeli sovereignty over the Golan Heights, and legitimizing the presence of Israeli colonies inside Palestinians territories. Trump’s administration has repeatedly claimed that this colonization is not a violation of international law. What Trump presented as the “Deal of The Century” is similarly a rethinking of the adopted standards of the international community to settle the Israeli-Palestinian question. Even worse, it literally “liquidates” the two-state solution that the international community advocates.

Not satisfied with these different pledges given to Benjamin Netanyahu which will flip the equation on the long term, Washington has pushed to normalize the relations between the Gulf countries and Israel. The United Arab Emirates (UAE) signed the agreement known as “Abraham’s agreement” followed by Bahrain and Sudan. Both Trump and Netanyahu hoped to get the signature of Saudi Arabia before the U.S. presidential election on November 4, but that step is harder to take for Riyadh, which is until now, excluding any normalization without the creation of a Palestinian state with East-Jerusalem as its capital.

King Salman, whose country is subscribed to the Arab Peace Initiative announced at the Beirut summit in 2002, can hardly endorse normalization as presented by the Americans and the Israelis. Moreover, the majority of the Saudi population is against it, and the kingdom’s authorities have to consider public opinion on such a sensitive subject; which is different in UAE, where citizens are a fraction of the population (just over 1 million over a total population of 9.5 millions of residents) and the risks of public discontent are almost inexistent. This does not mean that Riyadh will endlessly resist Mohamed Bin Salman’s temptation to normalize. The fact that Bahrain has accepted to join this normalization wave probably reflects a green light from Saudi Arabia. And the most common question now is when Saudi Arabia will end up joining.

The taken measures have several consequences. First, the normalization process ratifies the abandonment of support to Palestinians whereby their legitimate claim for a state is no more in consideration. Secondly, the questioning of the international law by the world’s strongest power, the United States, raises the question about the basis that holds the international relations and their future. Third, the impunity from which Israel benefits is reinforced, which does not incite this state to restart the negotiations. And finally, the abandonment of the Palestinian cause by Washington, Abu Dhabi, Manama and Khartoum will do nothing to stabilize the region.

Once this conclusion is made, could we expect a political change from the new American administration? Yes and no. Joe Biden will probably strongly respect the international law, but could he, or rather would he want to throw himself into unwinding his predecessor’s work? He has already announced that he would not move back the U.S. embassy; however, he is critical of the colonization policy that he denounces. Although he intends to resume the negotiations with Iran despite the great discontent of the Israelis, there will be no expected policy shifts from the elected president regarding the Palestinian question. His relationship with Israel is strong and the relays among his administration will help maintain the interests of the Hebrew state.

The method will surely change, he won’t be brutal and frontal like Trump was, and he has reaffirmed his support of the two states solution. But the Iranian topic appears as a priority, stealing the lights probably from the Palestinians, while the Gulf countries are going in the way of abandoning the support of the Palestinians’ demands, and while the international mobilization is weak around this subject.

I will conclude with a note on the dream that the European Union will finally take severe decisions. It has the means in terms of the strong cooperation with both Israel and the Palestinian authority and the funding it provides. It has also significant levers to lay on a negotiation, but it won’t use them, because the divergences between EU member states will prevent the adoption of a unified political agenda.

Till when Europe will look at what is happening without having the means to act? This should be a priority considering the effect of this unresolved conflict on the European populations, as well as on the credibility of the international community, and getting out of the harmful double standard.

Finally, the Palestinian question will not disappear and it is delusional to believe that force will prevail over law. Today, the threat that Iran presents has taken over all the other issues in the region, cementing the Gulf countries and Israel against Tehran to the detriment of the Palestinians. But until when? According to the Arab opinion barometer published by the CAREP last October, 88% of Arab respondents were against normalizing relations between their country and Israel as long as it occupies Palestinian territories, and this is due to the colonial nature of the country rather than religious reasons. This percentage clearly proves the importance that this cause continues to hold, if not in the eyes of the regional powers, at least in the eyes of the populations.