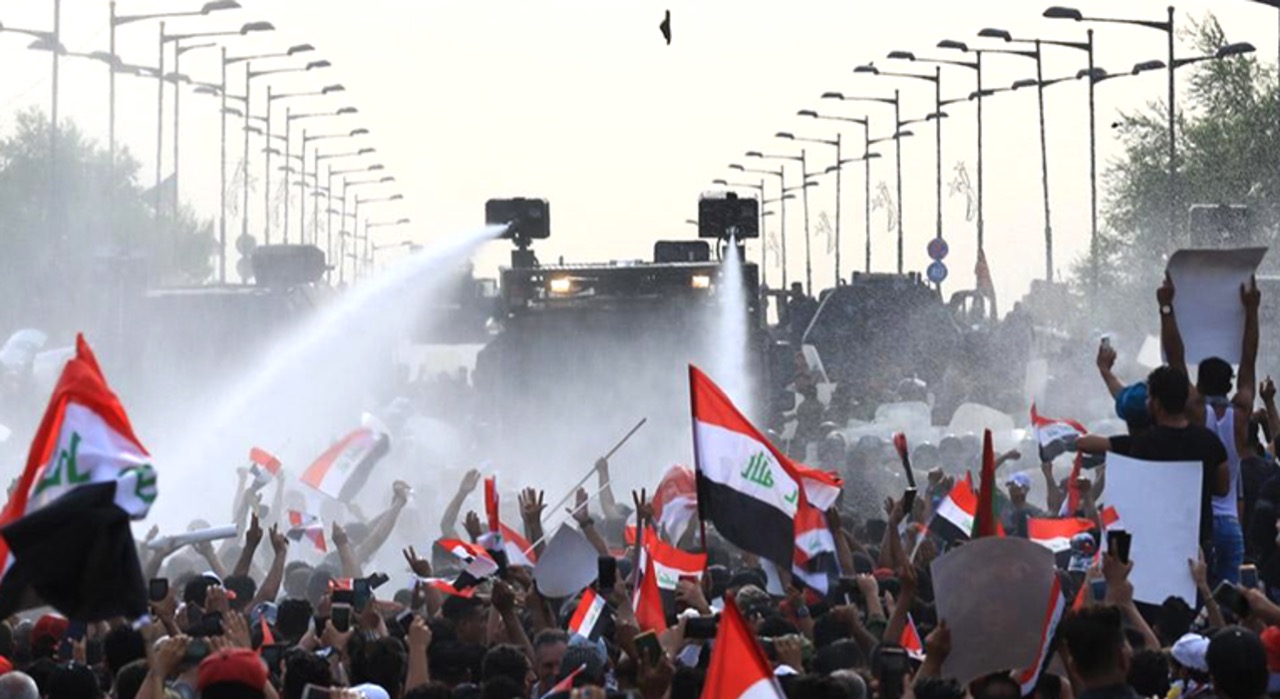 Outlaws have continued the systematic removal of many activists, protesters and human rights defenders since the start of the October uprising in 2019 without deterrence or legal accountability. This led to an increase in premeditated murder, kidnapping, enforced disappearance and intimidation. In recent weeks, we have witnessed a dangerous escalation of assassinations and threats of removal, during which the prominent researcher Hisham Al-Hashemi, civil activist Tahseen Al-Shahamani, and human rights defender Reham Yaqoub were martyred, in addition to ten other assassination attempts in Babel, Baghdad, Basra and Dhi Qar during the month of August 2020. The victim count has now exceeded 700 deaths and 30,000 injured, including thousands of individuals who are disabled, since December 2019.

Civil society activists, journalists, and youth movement leaders in the October Uprising are also being threatened with betrayal, distortion, defamation, and incitement to murder by some officials and electronic armies through social media and being accused of association and collaboration with external parties. These calls amount to physical removal, which has forced a number of civil activists and journalists to stop their work, flee their areas of residence and go into hiding, with many having to leave the country to ensure their safety. This places the Iraqi authorities - the government, parliament and the judiciary – at urgent responsibility to stop the spill of Iraqi blood, safeguard the citizens’ right to life and security, protect their right to freedom of expression, demonstration, and peaceful assembly as guaranteed in the constitution, and respond to the demands of the young protestors.

What is surprising is that most of these incidents occurred near security institutions, and some of them were clearly documented by security cameras. This highlights the failure of these agencies and of the government to perform their duties in protecting the lives of citizens and in controlling weapons in the country, as well as the procrastination in disclosing the investigations’ results, which contributes to the perpetrators escaping accountability and punishment and the perpetuation of chaos in the country.

The civil society in Iraq attributes this fierce attack to the desire of the corrupt parties and their militias to silence the voices calling for change and implies that they are afraid of the calls for change. With the first anniversary of the start of the demonstrations approaching (October 1), there is an expectation that the demonstrators’ momentum will be restored and that they will increase the pressure to achieve their demands; however, it is not in the interest of the corrupt parties in power and their military wings to see a renewal in demands for change, hold the corrupt accountable, or open up corruption files.
The call for early elections next year, increases the corrupt parties and their armed militias’ fear of the effect the civil youth movement could have upon entering and participating in the electoral battlefield, as obtaining seats will threaten the authority, influence and interests of the current ruling authorities and the beneficiaries of widespread corruption and weaken the rule of law.

The current situation has revealed the fragility and weakness of international donations to rescue and evacuate defenders and activists to a safe place. There is an urgent need to allocate adequate financial resources and emergency budgets by the international community and donors to be used by local organizations to provide protection to civil society activists who are at risk of assassination, taking into account the seriousness of the situation and the seriousness of the threats. For example, the first statements of condemnation made by the activists did not include names or signatures out of fear and caution against prosecution and assassination, and they warned that one of them would be the next victim!

Statement of the National Initiative for Civil Society Organizations in Iraq

Accordingly, the National Initiative for Civil Society Organizations to Support the October Uprising issued a statement signed by 150 organizations. The initiative indicated that the lack of condemnation of these crimes by the parliament and the judiciary, the silence applied by the public prosecution service regarding the series of crimes and the disregard of the rule of law, the failure to implement the rules of justice stipulated in the constitution and the covering-up of the criminals responsible is deeply concerning. International condemnations from the United Nations, human rights organizations and diplomatic missions in Iraq was not echoed and no reaction was seen from government agencies, which makes us believe that the current situation requires a firmer stance by international organizations, as statements of condemnation and denunciation are not enough. Furthermore, there is a need for concrete action to be taken by the Human Rights Council, the Security Council and the European Union, as well as by international human rights organizations. The United Nations has received several calls for the issuance of a list with the names of the many activists who may be subject to physical removal in the coming days.

Therefore, the National Initiative for Civil Society Organizations in Iraq to support the October Uprising— which includes many trade unions, professional and labor unions, non-governmental organizations, activists and human rights defenders—has declared a request to the Iraqi government to:

Take immediate and firm measures to stop the series of killings, assassinations, threats and attacks against peaceful protesters and human rights activists.
​
Set a specific time limit for the transparent detection of the killers and those controlling them and hold them accountable in court.
​
Take strict security measures to protect the demonstrations and protests.
​
Defining legal measures to confront the claims of treachery and distortion of the role of civil society organizations working in the human rights, humanitarian, and development fields.
​
Work hard to restrict weapons to the hands of the security institutions.
​
Purge the security services of corrupt, failed, or negligent constituents.
​
Take rapid response to the demands of the youth of the October Uprising, prepare for early elections that are fair, and prevent the killers and the corrupt from contesting them.

The initiative has also directed its call to international and Arab civil society organizations to express their solidarity with its demand to hold a special session of the Human Rights Council to condemn the violations against activists and peaceful protesters in Iraq, and to demand the Iraqi government’s investigation of these practices transparently while ensuring accountability and justice procedures. It also stressed the role of international and regional organizations in providing moral and material support to human rights defenders and activists and to media activists to ensure their safety and the preservation of their lives.

The initiative appealed to the citizens and they are in support of this national campaign of solidarity and support to all the activities that we intend to undertake, as an expression of loyalty to the martyrs of the valiant October Uprising and its just demands to achieve the desired change, for a free and secure Iraq with peace, justice and goodness.