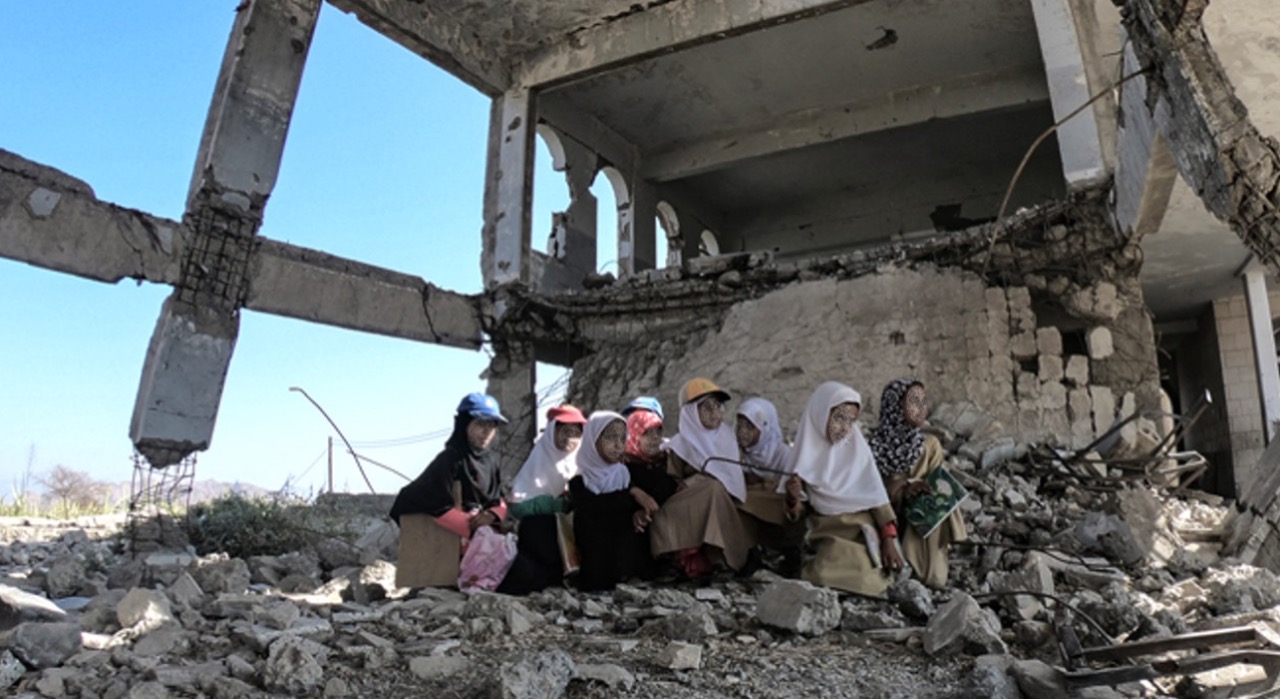 The War of All against All in Yemen

It goes without saying that peace is a necessity for Yemenis who suffer from the ravages and horrors of war and the consequent extreme poverty, unemployment, hunger and the spread of multiple epidemics including COVID-19, Typhoid, Dengue Fever, Crunch Fever, Malaria, and an unknown virus doctors are calling “A Viral Fever.” Due to the worldwide spread of COVID-19 and other struggles that threaten the very existence of humanity, the world has lacked interest in Yemen’s situation, leaving three competing religious projects (the Israeli, Iranian and Turkish) more involved in a country that has only known war as a means of existence.

There are large obstacles hindering peace in Yemen, including the distribution of power between armed groups and State, and armed groups’ tight grip on violence and resources of the territories under their control without bearing any responsibility towards the population. This has created a new economic process known as war economy, threatening the future of peace, which is no longer a profitable solution for military groups since it would halt foreign monetary aid and thus lead to reinstating the political process and restoration of political parties.

As a result of war economy, state employees have lost their salaries, the unemployment rate has increased significantly, large parts of the country are no longer suitable for agriculture due to property seizure, basic living necessities have been lost due to the government’s inability to provide basic services such as healthcare, electricity, water, and education, and more severely, the food security of over 80% of the population is in peril.

Dependency on Other Countries Impedes Peace

The Ansar Allah al-Houthi group, through the representative of the People's Committees and the army, controls the capital, Sanaa, and the neighboring governorates, as well as parts of the northwest, northeast, and north-south governorates. The Houthi forces carry out brutal repression through a network of Houthi tribe members or those affiliated with them, seize the public and private funds of their opponents with the support of the judiciary, the courts and the administrative apparatus, or through decrees issued in the name of the five guardians and Hashemites.

Due to the unity of their military forces, the Houthis have been fighting the government forces (the National Army and the Resistance) in Marib, Al-Jawf, Taiz, Al-Dhale and Al-Bayda, and the tribes that oppose them in Hajjah, Amran and Ibb since 2018 and Al-Bayda since 2020. Furthermore, the Houthis have been fighting the West Coast forces, which include government forces, West Coast forces other than the government formed and supported by the United Arab Emirates, the Thami Resistance, the Security Belt Forces and the Southern Resistance in the Red Sea coast and Dali that are also supported by the UAE.

Conversely, tribes and residents have besought the help of Al-Qaeda in the Arabian Peninsula and in the Al-Bayda governorate to confront the Houthi attacks. Thus, the Houthis have been dealing with Al-Qaeda through communication and the exchange of prisoners. Despite the Houthi suppression of tribal opposition, this opposition is expanding and deepening.

In addition to fighting the Houthi forces, the Security Belt Forces have joined the Shabwani and Hadrami elite in fighting the government forces since 2018, with the support of the Emirati air forces. Due to this support, these forces have been able to undermine the state’s authority in Adan and Abyan since August 2019 and maintain Sub-regional or tribal identities.

These forces combined have impeded any peace initiative between Yemenis, for Al-Houthi considers Saudi Arabia an ally in his war against America and Israel, and speaks humbly about his war with ISIS and attributes all the Yemeni opponents  to ISIS and the Nusab. However, this war is often referred to as Saudi Arabia’s war against Yemen. Iran has been able to promote this term due to individuals supporting Houthis distributed across European and American countries and the activists in this group. Since Houthis rule out peace with the Yemenis, they seek to negotiate peace with Saudi Arabia.

The security forces and the military elites’ media emphasize on their war with al-Qaeda or the Muslim Brotherhood, even though their leadership’s main forces stem from the Salafists, while the armed groups affiliated with reform speak about their fight against Iranian militias, the Rafidah, or the Emiratis, and at the same time, coexist with al-Qaeda in their areas of influence.

Although these allegations express the difficulty for peace between the Yemenis, including those who reject their Yemeni nationality such as Houthis, the security leaders  and the military elites, the different fighting forces can be attributed as subordinate to other countries in the region.

The legitimate government, with its limited capabilities, cannot confront each party alone, and it mainly depends on the support of the Arab coalition; however, this support has not  been sufficient to enable the legitimate government to regain the lands seized by Houthis. Furthermore, the Arab coalition countries that can provide sufficient support through their regional and international weight such as Egypt, face threats from the three projects across neighboring countries (Libya and Gaza), and from terrorist organizations supported by Turkey and Iran. Iran and Turkey’s confrontation was limited to Saudi Arabia and the United Arab Emirates, but, the UAE has transformed part of the resistance into military forces to fight the Houthis on its own behalf and not to restore the government’s legitimacy, turning a major part of the military forces into non-state forces, and therefore seizing Yemeni lands such as Socotra and the Western coast

Attempts Continue Despite the Obstacles

Attempts are being made to unite the ranks of the anti-Houthi forces politically and militarily through the establishment of the Riyadh Agreement between the government and the transitional council at the end of last year. However, parties in the legitimate authority and the transitional council are still impeding the implementation of the agreement, knowing that there is a reliance on this agreement to be able to restore an important part of solidarity between the majority of Yemenis and to create political and military opportunities to make peace a necessity for everyone.