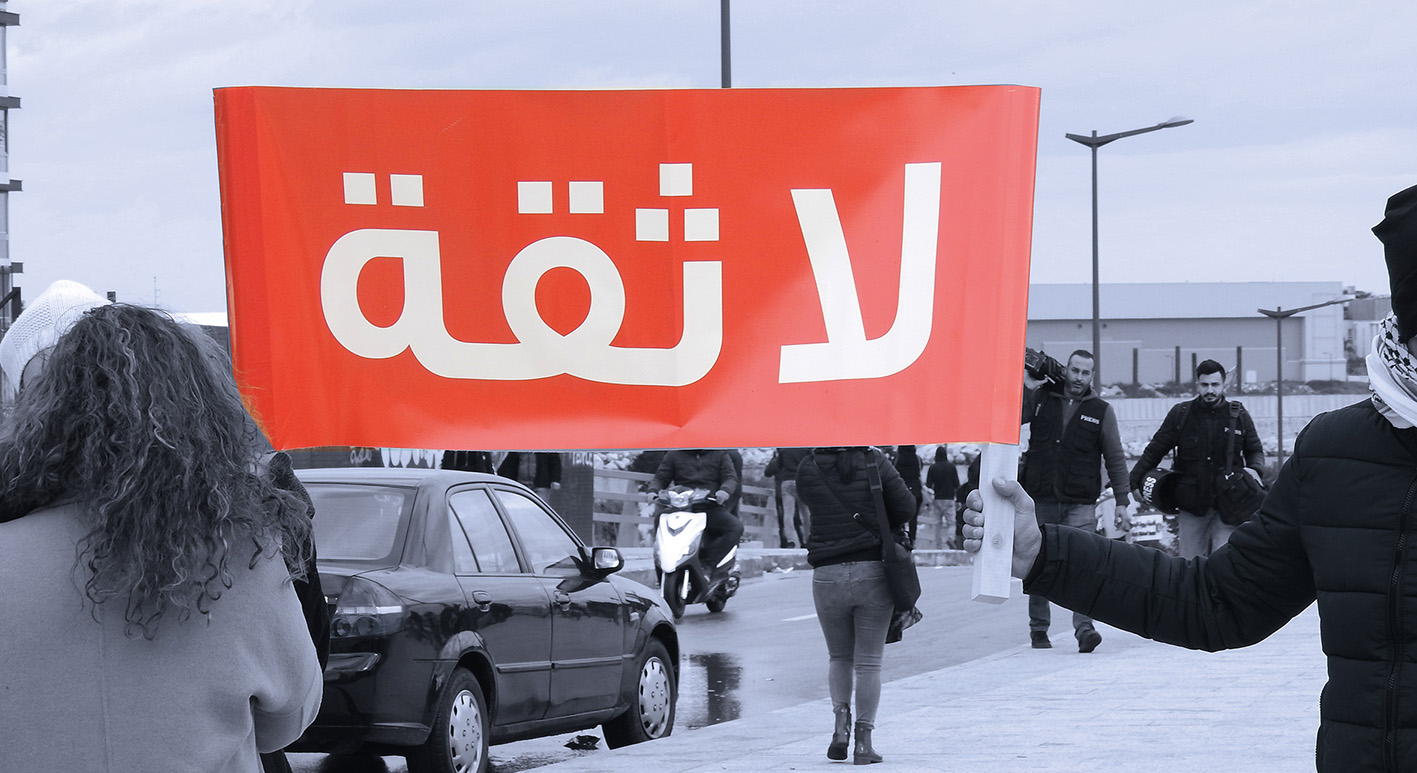 Between the "Opportunism" of the Clientelistic Regime and its "Hostility": The prospects for civil society in Lebanon

Between the "Opportunism" of the Clientelistic Regime and its "Hostility": The prospects for civil society in Lebanon - Ziad Abdel Samad

Civil society has recently become a major and active player in Lebanon's political scene. However, disparity in its conceptual approach causes confusion over expectations and its role in the process for change, as collapse looms and crises exacerbate.

To put the discussion on the right track, it is necessary to approach civil society as a space consisting of frameworks, networks, and institutions that take multiple organizational forms and structures and play different roles. Some might be specialized in a specific area or in defense of a particular social group and others more general in their mandate. They use a variety of methods to achieve their goals, from providing services to the needy, to engaging in sustainable local development programs, to defending human rights, advocacy, lobbying, and influencing public policies and laws to achieve social justice. Their scope is theoretically based on three basic determinants: the state and its institutions, market mechanisms and business sector institutions, and traditional religious, clan, and family relations.

In this space, some are closer to the state and their cooperation takes different forms, including partnership and contracting. Others are closer to the market and cooperate with its tools. Finally, there are institutions that approach traditional relations, especially religious organizations and associations.

Thus, there are various approaches to civil society, depending on the vision, objectives, and work tools, which leads to the misuse of the concept. For example, for the political class in power or those close to it, it is one of the tools used to tighten control over society by providing services and fulfilling some needs. Therefore, it is nothing more than an intermediary that obtains funding from donors who want to provide aid to citizens and distributes it to partisans or relatives.

Services - such as education, medical care, and other types of aid - are supposed to be provided and guaranteed by the state. However, by exploiting people's needs, consolidating the clientelistic relationship, and thus strengthening elite influence and domination, the clientelist system disrupts their mechanisms to maintain control.

All prominent sectarian leaders control or supervise the work of several organizations that focus their activities in a specific area or are directed to a specific sect in the service of the leader and his electoral or political associates. The concept is utilitarian and leads to a complete inversion in the role of civil society organizations from liberating citizens to establishing subordination to leaders.

Recent literature considers that development partnership between various development actors, especially between the state, the public sector, the executive agencies, the private sector, and civil society, contributes to social development and the achievement of development goals. However, it must be based on human rights principles, transparency, and accountability. Available public money must also be allocated for public benefit, although it is often spent through contractual relations selectively established by the relevant executive authorities and on the basis of quotas among those with political - regional and sectarian - influence, which enhances clientelistic relations between leaders and people.

Recently, civil society's role has been going through a transformation. It shifted from individual action (civil and non-governmental organizations and networks), lobbying, advocating, and defending rights and interests of citizens or specific groups, to organizing social movements. Although such frameworks and institutions are less organized, they are more numerous and powerful. Since the October 17, 2019 uprising, this phenomenon has transformed into an unprecedented broad, spontaneous, or partially organized popular movement.

On the other hand, the regime clung to power and accused the forces of change of collaborating with foreign sides and carrying their "agenda." Its prevarication exacerbated the tragic economic and social situation and increased security tensions rose.

We are currently witnessing a remarkable development, in which CSOs are shifting to direct political action through emerging parties. Despite the lack of experience and sometimes the absence of the necessary vision and tools to attract citizens, these emerging parties are preparing to contest the elections and reach power through democratic means. They carry with them the project for change based on the principles of democracy, human rights, and the rule of law.

The new formations are independent from political poles and are exposed to various types of pressures and their reputation is being tarnished, especially financially and morally. However, traditional forces and the poles of the regime are united in their hostility to independent organizations for two reasons.  On one hand, they provide basic services in most regions, helping citizens to free themselves from the domination of local leaders. On the other hand, they play a role in educating and empowering citizens towards a clearer political view of clientelist relations in society in general and civil society in particular.

Vitriolic criticism and accusations against civil society by first-line leaders and their media organs have recently escalated. It was precisely due to the donors losing their confidence in the system, after the Beirut Port blast on August 4, 2020. It was blamed for the collapse and reluctance to implement the necessary reforms to overcome the crisis. Donors decided to direct their aid through voluntary organizations, independent of the political parties. These organizations have been loud in denouncing violations regarding investigations into the crime and the regime's practices against change, justice, sovereignty, and a life in dignity. In addition, they pointed to the crisis that resulted from corruption and the wrong choices made by regime poles over the past decades.

The discourse on external funding has been distorted by a number of political and partisan groups. Thus, it must be noted that two sources of funding exist. The first source is official development aid (ODA). It comes from industrialized countries, in line with UN decisions and commitments to provide aid to developing countries to achieve development goals. It includes allocating 0.7% of the national income in industrialized countries to international aid, which the OECD committed to in 1969. Therefore, aid is a right for developing countries and arrives through the direct relationship between governments or through civil society.

The second source is Lebanese expatriates that emigrated as a result of the obstruction of job prospects in Lebanon, as the system tightens its control over political and economic life and reinforces clientelism, corruption, and monopolies. Lebanese expatriates consider themselves part of the conflict with this system that expelled them, so they raised funds to help the forces of change in their struggle for power.

The problem with funding lies in the ability to bypass political considerations and conditional use of aid. Just as regime poles depend on clientelism in financing projects and aid, donor countries adopt a similar approach, but at a higher level. Hence, in 2003, an initiative on aid effectiveness was launched, rejecting the political conditionality of aid and laying down general principles. Most notably, they included transparency, partnership, national ownership, mutual accountability, and tools to enhance donor and beneficiary performance.

In 2007, civil society adopted a document containing the so-called Istanbul Principles for Aid Effectiveness. They encompass standards for governance, transparency, accountability, and tools that ensure commitment to the proper use of aid allocated to developing countries.

Therefore, the defect is not in receiving aid that is considered a right, but in the absence of transparency in its use, just as the pillars of the clientelist system do. The real problem lies in submitting to donor agendas and priorities. But obtaining funds from donors based on plans prepared in a transparent and participatory manner that reflect national priorities is a natural part of the development process.

A major challenge currently faces CSO. It is the growing need for a political role, in light of a large vacuum in the political and union vacuum. It is in addition to the multiplicity and diversity of forms of societal organization in an environment that does not encourage unity and integration, even if only at the programmatic level.

In practice, a practical problem arises regarding how to reconcile institutional associations and organizations, their working methods, and the limits of their programmes, with new movements and groups that are closer to political action, and movements that have a popular and broad character. However, a complete answer does not exist yet.