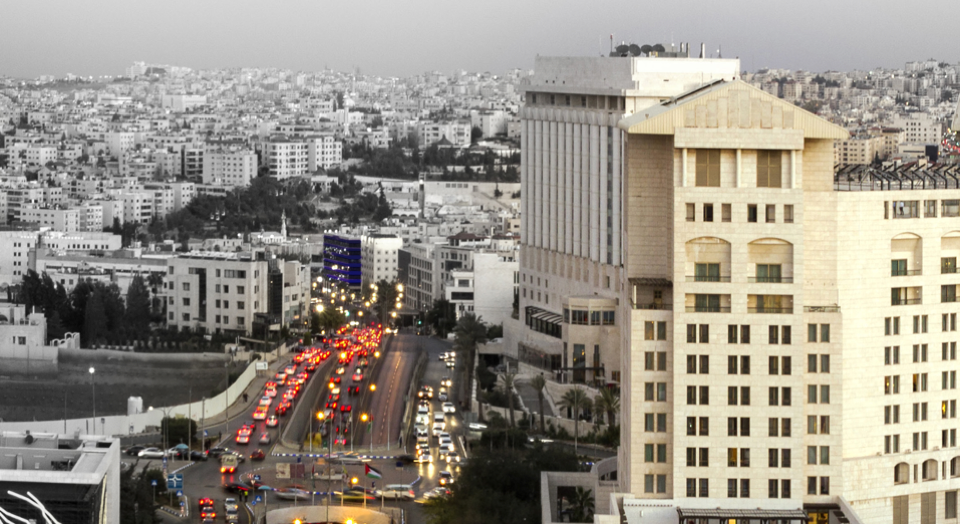 Jordan has signaled its commitment to sustainable  development by submitting its first Voluntary  National Review (VNR) in 20171 and placing  sustainable development as a cornerstone in  its national policy plans. The Higher National  Committee for Sustainable Development was  formed under the chairmanship of the Minister of  Planning and International Cooperation to act as  the main body responsible for implementing the  SDGs in the country. However, its performance  was below par in translating theory into tangible reality. The gap between what was mentioned  in the report and what was implemented on the ground was wide. Furthermore, Jordan faces several economic obstacles and challenges that hinder its progress towards achieving sustainable  development.

Jordan’s economy, known for being among the smallest in the Middle East, faces no shortage of challenges - notably, an expanding budget deficit, a bloated public sector, chronic unemployment  and underemployment, and corruption. In addition, Jordan’s insufficient supplies of natural resources (such as water and fossil fuels) have contributed to its government 's heavy reliance on public debt and foreign assistance in balancing the public checkbook. Moreover, the number of registered refugees with UNRWA and UNHCR is over 2.9 million, making Jordan the largest refugee-hosting country worldwide compared to the size of its population. Unofficial estimates of Jordan 's refugee population are even higher, as can be observed in the increase in population size from seven million in June 2011 to around 11 million in June 2021.

Historically, Jordan 's economic woes have been heightened by global financial crises and political instability in the region. While the country experienced steady growth in the early 2000s, a combination of the 2008 financial crisis and the events following the 2011 Arab Spring resulted in a decline in trade and tourism. The local economy never fully recovered. Thus, it was to be expected that the COVID-19 pandemic would exacerbate its economic challenges. Jordan 's economy shrank by 1.6% in 2020, its joblessness rate hit 24.7%, and its public debt skyrocketed to $47 billion US Dollars, or around 107 percent of GDP by the end of March 2021.

Jordan suffers from several development challenges, but not all are economic. Jordan has had nine different prime ministers in the past ten years, with the average prime minister lasting an average of just 445 days. As a result, strategic long-term national plans are undermined, as the economic policies of each predecessor are tossed out whenever a new prime minister is appointed. For instance, former Prime Minister Omar Al- Razaz penned the Jordan Economic Growth Plan, which replaced his predecessor Hani Al-Mulqi’s 2018-2022 Strategy, which superseded Abdallah Al-Nsour’s Jordan 's Vision 2025 policy papers. In reality, the one constant in Jordan 's economic policy is obedience to the austerity prescribed by its international creditors and the IMF. Jordan has generally pursued neoliberal policies of deregulation, privatization, and lowering trade barriers since the late 1980s. In developing and implementing economic policies during the past three decades, the main focus fell on financial structural adjustment programs signed with the IMF, under various names - seven programs whose essence was applying austerity measures. Interventions by different governments focused on choosing the most appropriate dates to use them.