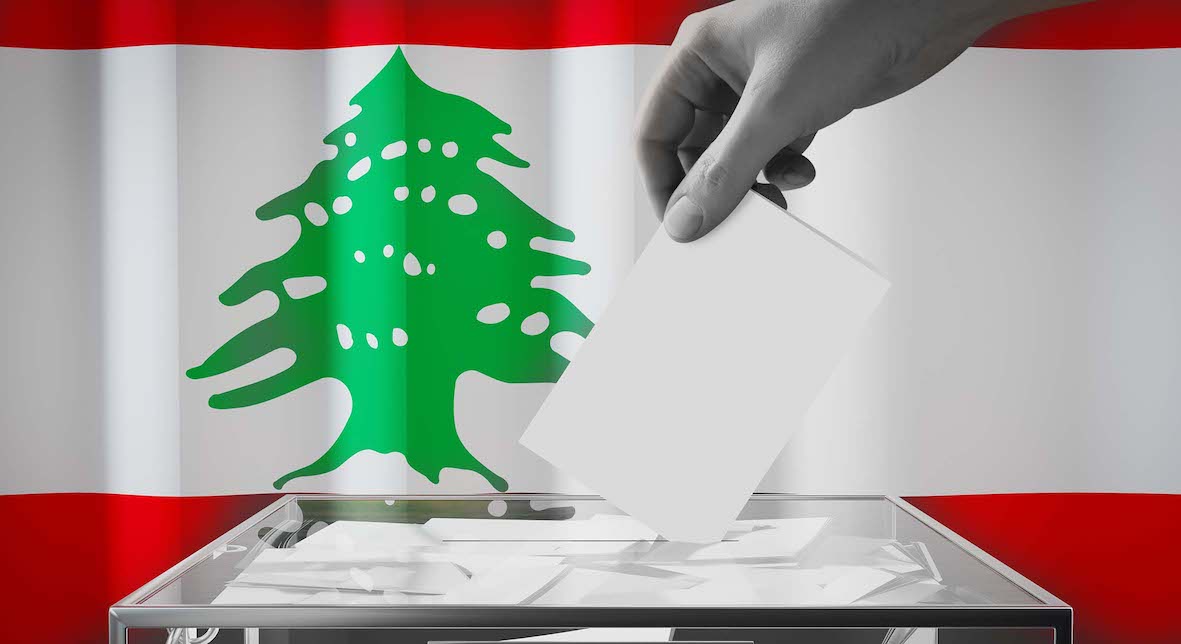 Elections and Change in Lebanon

With the beginning of the twenty-first century, a concept has taken root saying that the legitimacy of any ruler or body derives from the votes and mandate of the electorate. Consequently, the usurpation or access to power from outside the ballot boxes became absolutely rejected. However, the question is not limited to the organization of elections. It deals with their legitimacy, credibility, and consistency with international standards for democratic, free, and fair elections.

However, is holding elections a necessary and sufficient condition to achieve democracy? Are elections a prerequisite for achieving democracy? It seems like a vicious circle, with no certainty where it begins or where it ends, hence the great correlation between elections and democracy. Since the middle of last century, modern values ​​and concepts on systems of government have developed to consider democracy linked to the ability to choose leaders through free competition and fair elections and the abolition of the traditions of political inheritance.

Current experiences have proven that matters are heading towards semi-fixed rules based on the fact that neither protest movements in the street, nor armed or peaceful revolutions, nor military coups, nor any attempts to jump over the results of the ballot boxes may allow some to gain access to power without obtaining legitimacy based on the votes of the electorate and the resulting confidence. Most importantly, they should not continue for a long and indefinite period. The street, despite its ability to overthrow rulers, as happened with Zine El Abidine Ben Ali in Tunisia, Muhammed Hosni Mubarak in Egypt, Viktor Yanukovych in Ukraine, and Muammar Gaddafi in Libya, is unable to deliver an alternative to them except through the ballot box.

The matter is not limited to holding elections. It pertains to the legitimacy they enjoy, the extent of their credibility, their compatibility with international standards, and the space for change. Avoiding the usurpation and seizure of power requires ensuring the periodic rotation of government in a peaceful and smooth manner, which is considered a necessary condition for achieving democracy in society. Power should not be the monopoly of anyone. Hence, since the middle of the twentieth century, the democracy of government systems has become linked to leaders not swearing allegiance to the rule of inheritance on the basis of birth, gender, color, destiny, wealth, education, appointment, or religion, but rather through the “pivotal procedure in democracy”[1] It is the selection of leaders through competition. Thus, "elections are the primary way in which democracy works."

Most of the concerns about elections revolve around the issues of integrity and transparency. The fear that the electoral process will not be characterized by professionalism and accuracy remains, especially in countries that are not democratically established, or that lack a fair judicial system, where it is difficult to find guarantees by neutralizing state agencies and tools from the political conflicts during the electoral competition process. Public and private media must also be made neutral and guarantees should be put in place against interference in the judiciary for the benefit of the ruling party. It includes not using the country's resources for factional interests. Thus, it becomes necessary, especially in these countries, to establish a legal framework that adopts preventive mechanisms to prosecute and punish anyone who violates electoral laws and legislation, as well as establishing mechanisms to effectively implement the principle of separation of powers, organizing, supervising and following up the electoral process by a neutral electoral administration that is permanently accountable, and approving the participation of civil society organizations. The media shall also monitor the elections independently and without pressure of any kind.

It is not enough for elections to be held in order for democracy to be achieved, even if they take place within the framework of the laws in force. Rather, they must take place in an environment that guarantees equal opportunities for candidates, and in an atmosphere that allows the greatest degree of freedom and the possibilities of expression, assembly, and the peaceful and effective transfer of power.

In some countries, previous elections brought to power a group of tyrants, such as Nur Nazarbayev in Kazakhstan, who won the 2015 elections (97.7%). In Venezuela, Hugo Chavez won the 1998 presidential elections, unanimously considered by international observers as the most transparent election in the country’s history.

The biggest risk to political life in a society is the consolidation of exclusive power and the monopoly of power by one political or social component. Political tyranny, which is based on the exclusion of political opposition, is one of the most prominent obstacles that prevent the peaceful transfer of power. The presence of opposition within any society is a natural expression of the diversity of its components and the different interests and aspirations. It is a necessary condition of the establishment of democratic systems. A healthy political life cannot be complete with the meaningless power-dealing in the absence of political opposition.

Democracy (as a lifestyle and daily practice) is based on a set of values, including equality, justice and freedom. It is also a value that includes a set of values, linking them together and regulating their paths. Hence, elections become a means to achieve and consolidate this set of values, and thus a means and not an end in itself. The goal is to have a representative democracy, based on the three following conditions:

First: The existence of organizing procedures for the election process.

Third: Expressing the opinion of the majority.

When these conditions are met, democratic elections become the best way to express the voters' choices translated in the polls, and thus contribute to crystallizing the possibilities of establishing a real democratic system.

In Lebanon, none of these three conditions is met. Any measures under the current law will not help, especially in the absence of an independent electoral administration, the continuous and blatant interference in the judiciary, media evasion, and unlimited electoral spending. Perhaps the most influential matter is repressive practices that prevent candidates from organizing campaigns and accessing voters freely. Thus, what democracy for elections can we talk about?