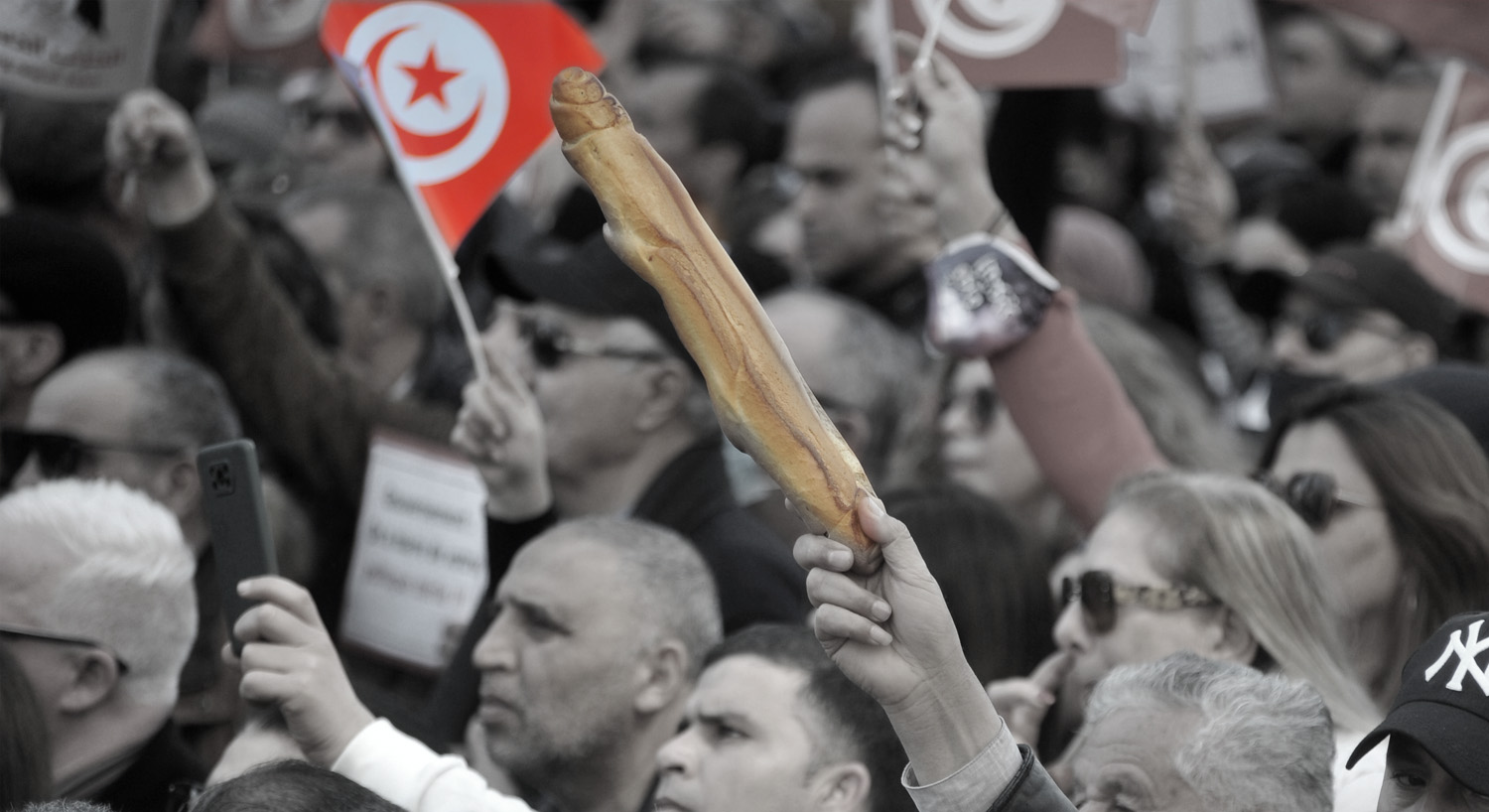 Environmental activist and consultant on environment and sustainable development

Added to an unprecedented wave of soaring prices, inflation in Tunisia rose to 9.1% in September 2022. We recently witnessed the interruption of basic food and fuel supplies and growing unemployment. Meanwhile, many young people choose to die in the Mediterranean rather than live in Green Tunisia, their bodies dumped into the sea, victims of their escape.


Tunisians lived through difficult months. Essential supplies such as sugar, oil, flour, and milk were cut off. But were they truly unavailable? Was it a monopoly on goods to pressure the country’s politics and its head, who claims to fight corruption and the corrupt? Was it the greed of merchants who wanted to profit from the crisis and growing citizens’ needs in the absence of oversight and consumer protection?


The topic seems conflicting, overlapping, and difficult to address, especially if the analysis goes in one direction. However, experts believe the shortage of essential goods is caused by financial difficulties that disrupted factories and the absence of products from store shelves. The shortage is apparent in commercial centers despite the Ministry of Commerce insisting that everything is available.


According to economist Moez Hadidan, global supply problems only accelerate the pace of the crisis, which has its local roots in the financial difficulties experienced by the state. Hadidan added that the shortage is caused by the weak hard currency stock and the government’s inability to supply the market with all goods simultaneously. In addition, he stressed that many global suppliers no longer trust Tunisia after its credit rating was downgraded by Fitch to CCC in March, demanding advance payment for goods and transportation.


From another perspective, Lotfi Riahi, head of the Tunisian Organization for Consumer Guidance, attributed this deficiency mainly to speculation and monopoly, especially in the distribution channels. He told Anadolu Agency that the Ministry of Commerce has been confiscating massive quantities of food products, meaning that materials are abundant, but speculation dominates the markets. Another reason is market supply disruption.


According to statements by Trade Minister Fadela Al-Rajhi, the shortage of consumer goods in Tunisia is mainly due to monopoly, increased demand, and the soaring prices of oil and raw materials globally. On the other hand, an official at the Ministry of Commerce acknowledged the existence of disruption. However, he blamed citizens’ increasing demands for goods in quantities that exceeded their needs and revealed that substantial amounts are stored in a monopolistic and random manner.


In a statement to Anadolu Agency, Reda al-Shakandali, professor of economics at the Tunisian University, said that the state is currently absent. Thus, unions are left to impose their status quo. He added that the state does not control trade, and the vacuum is filled by unions who control the prices. He also mentioned sloppiness and shortsightedness in maintaining prices, saying that the state cannot control the cost of living.


Recently, the features of economic collapse in Tunisia have become gradually evident. The currency was devalued, fuel and food prices kept rising, and the country’s bond rating declined. The deterioration of public services and lack of goods is at a level not seen in decades.


None of the successive governments achieved the required social and economic transition, which meant the persistence of the same problems and the same development path. The results are evident in the continuing unemployment, poverty, marginalization, and exclusion. However, the Tunisian president ignored radical structural reforms that would contribute to addressing economic problems. Instead, he turned to increased spending on the public sector, more foreign loans, and exhausting Tunisia’s budget with an external debt of $34 billion by the end of last June. As a result, restoring economic growth and putting development back on track will suffer.


According to the IMF, the Tunisian government needs to implement a strict austerity plan to save Tunisia and correct its economic situation by “reviewing the policy of subsidizing basic commodities, reducing the size of the public sector, and reducing the wages of public sector employees.” These strict measures might lead the General Labor Union to reconsider its political position if it cannot achieve any progress for its constituency. Thus, it may mobilize against the ruling authorities, as it did last June when it organized a one-day national strike against the government.